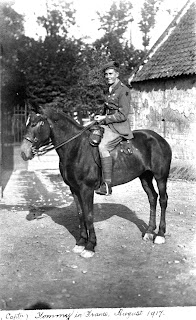 Known as Tommy, he probably joined the Belfast Banking Company in 1911 when he was 16 and worked in Central branch (Donegall Square North).


The Belfast Banking Company 'Roll of Honour' booklet reports Byers as having been 'previously wounded' with his last known address as 'in France'. 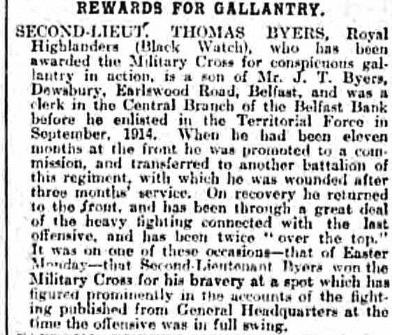 On 18th July 1917, the London Gazette reported that Byers had been awarded the Military Cross.

“For conspicuous gallantry and devotion to duty.  He was the only officer of the company for five days.  He carried out his duties under most trying conditions and shell and machine gun fire, with great skill and endurance.  His example and ability kept the men in hand and their spirits up at a very trying time.”

Promotion to Captain came in 1917. 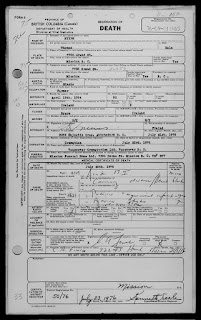 Also see this update on Byers with photographs.

Thanks to Dave Donatelli, Canada for supplying the photographs.