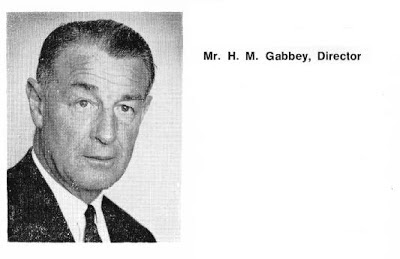 Gabbey was educated at the Royal Belfast Acedemical Institution (RBAI - Inst).
Gabbey joined the Belfast Banking Company on 15th December 1924.  His early years were served in Head Office until his career was interrupted by the Second World War.
Gabbey served with the 21st Heavy Anti-Aircraft Regiment, Royal Artillery.  His Service Number was 87357.  He was one of those fortunate to return unscathed from the French beaches and he saw action in Buma where he commanded a battery from 1942 to 1945. 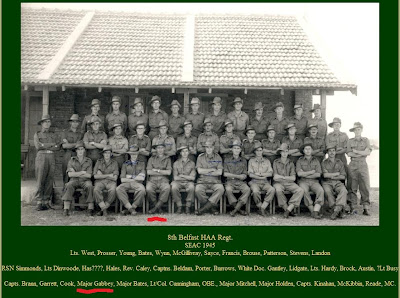 Gabbey is mentioned in this 16mm film just after 6' 40" in.  He is described as a bridge player.

Acknowledgements to lennonwylie
He was a member of the Belfast Banking Company Sports Club on 24th April 1946 paying 5 shillings subscription.  At that time he was recorded as being in Castle Place branch.  The following year, he was recorded as being in Head Office.  He served as an Inspector (1953), Manager, Waring Street (1959), Managing Director (1966) and Director of the Belfast Banking Executor and Trustee Company Limited.

Gabbey's interests outside the bank were rugby football, tennis, soccer, Contract Bridge, Chamber of Commerce, Royal British Legion.  He was also Govenor of the War Memorial Building of the Legion in Waring Street, Belfast.
The Staff Magazine ‘The Link’ of Summer 1972 contains a photograph of Gabbey.
His wife is a former member of staff of the Belfast Bank and also of Midland Bank Limited.
He died on 2nd December 1974.