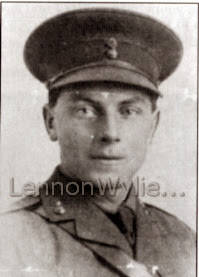 He was the son of John McFall and Elizabeth McFall (nee Nevin), of Magherintendry, Bushmills, Co. Antrim.
Thomas joined the Belfast Banking Company and served in Portaferry and Maghreafelt branches.

McFall volunteered and enlisted into the Royal Inniskilling Fusiliers.  His Service Number was 12/24513.  Promotion to Lance Corporal, Corporal, Sergeant followed and then 2nd Lieutenant came in 1916. 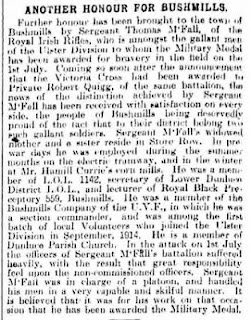 During November 1916, the RBAI Inst website reports the following:

Capt. Alexander M Reilly ..... was severely wounded on November 22 1916.  The battalion were in the front line just to the south of where the Spanbroekmolen Mine would be blown 6 months later, south of Ypres and suffered heavy bombardment.  The war diary states:

"A direct hit was secured by the Boche on No 3 Company resulting in the deaths of 3 other ranks and Capt A M Reilly, Company Commander,  2nd Lieut T L McFall and 2 other ranks being wounded. Captain Reilly afterwards died from his wounds in No 2 Casualty Clearing Station". 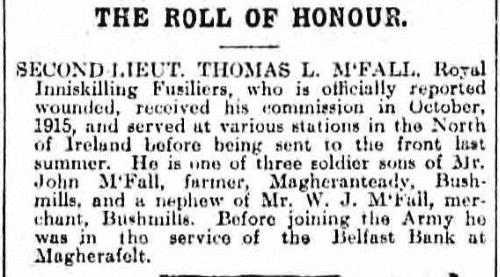 McFall was serving with 9th Bn. Royal Inniskilling Fusiliers as a Lieutenant when he was killed in action on 7th August 1917 aged 22.  McFall is buried in the Potijze Chateau Grounds Cemetery, leper West-Vlaanderen, Belgium.   He had originally been buried in a smaller area of the cemetery with a wooden cross with badge identifying the grave.  On 10th July 1919 his remains were re-interred in his current location.

He is also remembered in Dunluce Parish Church, Bushmills. 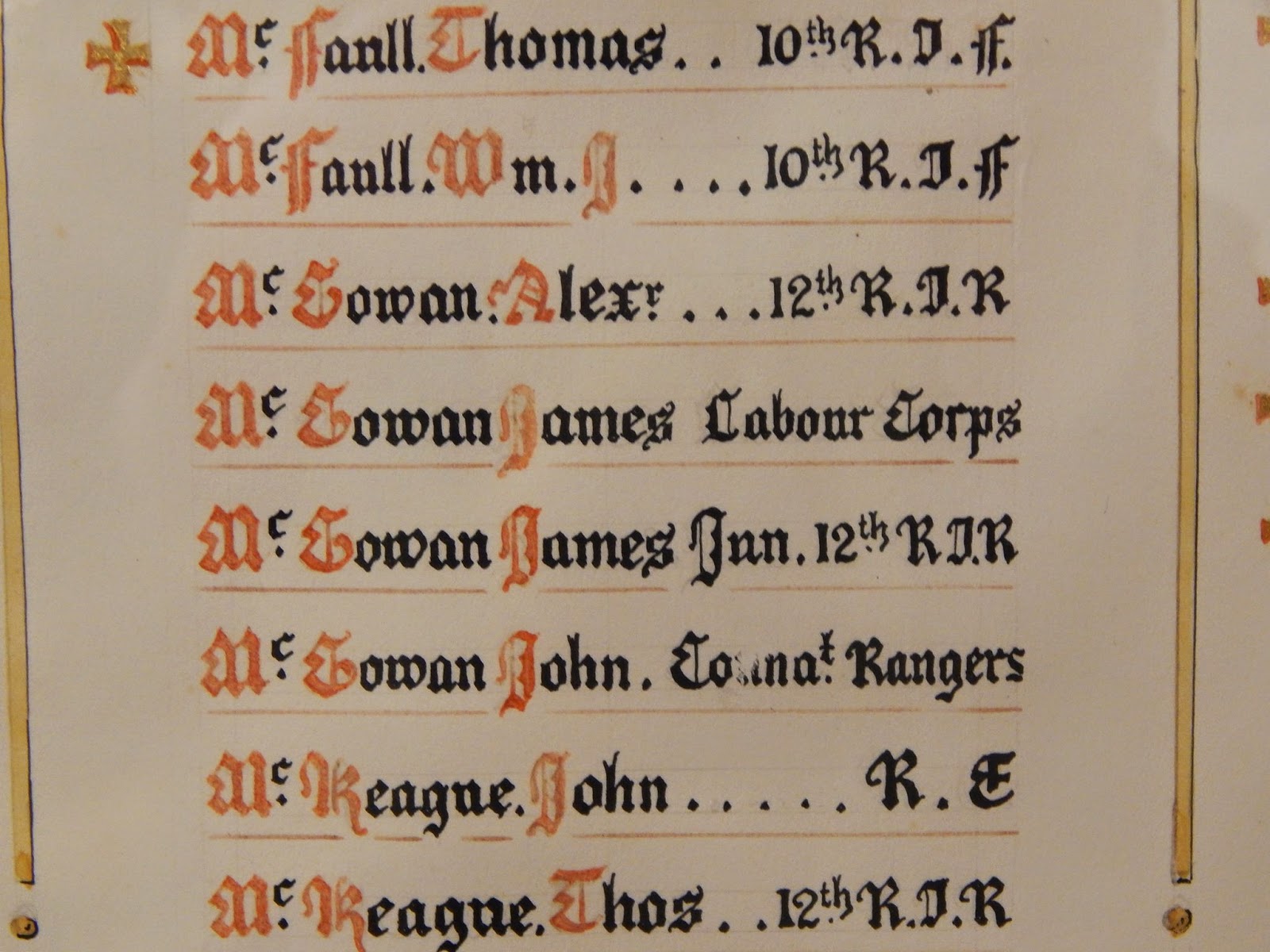 He was awarded the Military Medal in addition to the British War Medal and Victory Medal.  According to the Medal Roll, the latter two were awarded on 31st October 1922. 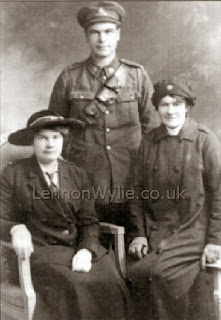 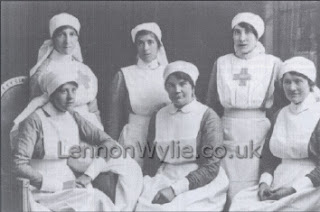 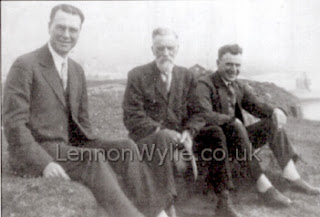 Thomas's father and two of his three brothers
James, their father John and Robert