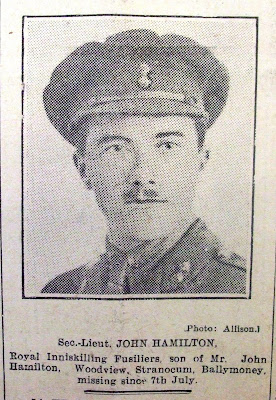 Probably around 1906, John joined the Belfast Banking Company and served in Ballyshannon and Coleraine branches. 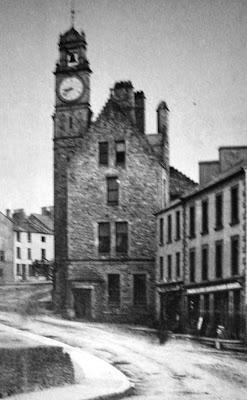 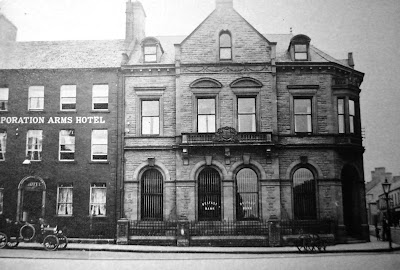 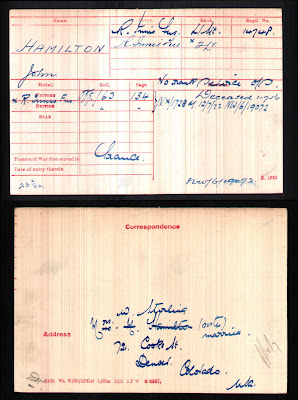 J Hamilton - Medal Index Card
The Commonwealth War Graves Commission (CWGC) website records one John Hamilton having the rank of 2nd Lieutenant and serving in the 11th Bn. Royal Inniskilling Fusiliers who was killed in action on 1st July 1916.
The Belfast News Letter of 9th May 1917 reports:

John Hamilton is commemorated on the Theipval Memorial. Hamilton is mentioned in ‘Bushmills Hero’s 1914 - 1918’ by Robert Thompson, Coleraine, published privately, 1999.

The same picture appeared in the Belfast Evening Telegraph, Ballymoney Weekly Telegraph and the Fermanagh Times in addition to the Belfast Banking Company War Memorial.

The website '36thulster' records an excellent obituary for John Hamilton. The text and a further photograph are copied below:

John had been a leading sportsman in the years before the 1st World War and was prominent in athletics as well as being a member of Bann Rowing Club. He rowed number two in Jack Lowry’s senior four in 1913. He was a son of Mr John Hamilton, of Woodview, Stranocum, and before enlisting worked in the Belfast Bank in Coleraine. He enlisted on the outbreak of hostilities, joining the Royal Inniskilling Fusiliers. At first, training took place at Finner Camp, in County Donegall, starting on 20th September 1914.
Finner Camp had originally been used to provide training facilities for soldiers during the Boer War and was known locally as the Boer War Camp. Much progress was made in the early stages as the men had already been in training for other reasons. In early January the battalion marched to the hutted camp at Shanes Castle, near Randalstown, and remained there. In February John Hamilton was sent on a course of instruction to Chelsea Barracks and received his commission on 19th April. On the evening of Wednesday 7th July 1915 they embarked at Dublin on their way to Bramshott, in Surrey. Much intensive training now took place and on 5th October they sailed for France. At Folkestone they embarked on the St. Oriel trans- port vessel and arrived at Boulogne at 3.00am. They immediately marched to Ostrohove rest camp and remained there all next day. Soon after this they were moved up to the area close to the front to help with trench digging and for more training.
On the 1st of July, as the attack began at 7.30am and the 11th battalion left their trenches, they were immediately hit by machine-gun fire and rifle fire. John was with Captain Myles as they crossed No Man’s Land and it was after they had left the sunken road and were approaching the Crucifix that Capt Myles was injured. John then took command of the Company and led them on towards the German positions. It was as they approached the German wire and were searching for a way through that John was hit in the neck by machine-gun fire. He was reported missing. Much later, and long after the news that he was missing had reached home, his sister Margaret applied for a court order presuming his death in action.
A letter from the Chaplain, the Rev J J Wright of Ballyshannon, told how 2nd Lieutenant Hamilton had been struck by a bullet in the left side of the neck and killed. The Judge granted the application.
Three other young Ballymoney men serving with the 11th battalion were killed on this day. Samuel McClelland is buried in the nearby Mill Road Cemetery. John Reid of Finvoy, and Alex Kirkpatrick, both killed as they attacked the Schwaben Redoubt, were never seen again. 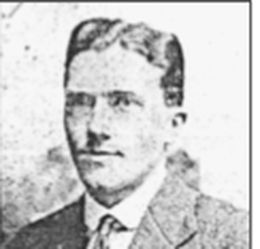 See Comments section below for further commentary from a couple of relatives.