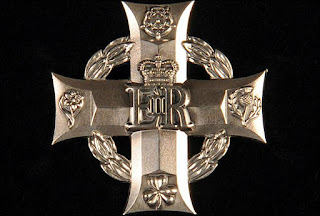 Lieutenant Walter Craig Kerr
was born on 31st January 1943 in Lurgan, Co. Armagh.
Walter joined Northern Bank on 1st November 1960.  Transfers followed to Carrickfergus (1960), Fivemiletown (1963), High Street (1965) and Carrickfergus (1967).
In his spare time, Walter volunteered for service in the locally recruited Ulster Defence Regiment - UDR as a private and was soon promoted to Lance Corporal.  Promotion to 2nd Lieutenant came on 29th October 1973 and as Lieutenant on 29th October 1975.  His Service Number was 497010.

Kerr was serving with the 9th Bn. Ulster Defence Regiment when he died on 2nd November 1977 aged 34.   This was following an incident a few days earlier.

Details of the incident are recorded at the end of this article. GRAPHIC.

He is buried in the First Presbyterian Church Cemetery, Magherafelt, Co. Londonderry.

The Commonwealth War Graves Commission website advises that his name will be included on the Armed Forces Memorial in Staffordshire and on the Rolls of Honour that will be kept on public display in the Chapel of the Royal Hospital Chelsea in London.

Kerr would have been awarded the (1962) General Service Medal with Northern Ireland clasp and his next of kin would have been eligible to apply for the Elizabeth Cross and Memorial Scroll.

At the time of writing (2012) there is no memorial to Kerr in Northern Bank.

The '1962 General Service Medal' (pictured below) is the actual medal awarded to the late Lieutenant Robin G Smyrl UDR who was killed on 13th September 1977.  A member of his family used to work for Northern Bank. The medal is displayed at the Somme Heritage Centre, Conlig, Newtownards. 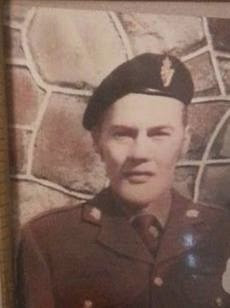 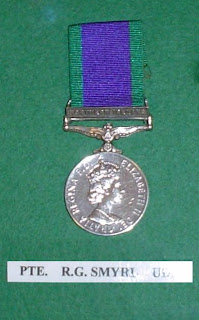 Obituary from ‘The Link’ (Northern Bank staff magazine)
It is with deep regret that we record the death of Walter Craig Kerr as a result of severe injuries received in a booby-trap explosion at his home in Magherafelt on 2nd November 1977.

Walter entered the service of the bank on 1st November 1960 and served in a number of Branches before being appointed Pro-Manager at Carrickfergus Branch on 1st June 1972 and Sub-Manager at Magherafelt Branch on 1st February 1976.  He was a man who showed great dedication and determination in all things he undertook.  Those people privileged to know and work with him will appreciate the sad loss to the Bank and the community.

Our deepest sympathy is extended to his sorrowing wife Rosemary and children Gillian and Bryan. 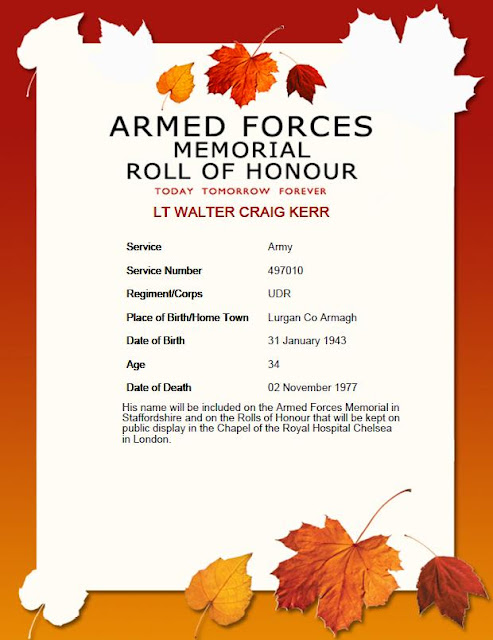 The East Antrim Gazette of 13th November 2012 records the 25th anniversary of Kerr's death with: 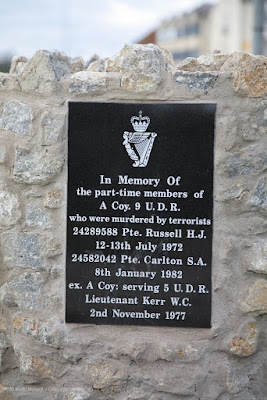 
A member of the Ulster Defence Regiment who was murdered by the IRA 25 years ago was honoured at a memorial service last week.  Councillors and representatives from Carrickfergus UDR Regimental Association and former colleagues of Lieutenant Walter Kerr from the Northern Bank attended the service in the garden of remembrance last Tuesday.  Mr Kerr, who had lived in the Downshire area, served with the UDR for six years and had worked for the Northern Bank in High Street.  On October 27, 1977 [date appears to be incorrect], the 34-year-old was killed by a booby trap device, which exploded under his car.  Dr Sam Grant, Padre for the UDR Regimental Association in Carrickfergus, said, 'People still remember Walter's bravery and courage'  'He was a man who made himself available during turbulent times, especially when his country needed him'.  A wreath was laid at the foot of the memorial by Sergeant Jacki-Kirkwood Hamil from the Royal Irish Regiment and Agnes Logan, Mr. Kerr's sister.  The Mayor of Carrickfergus, Alderman Eric Ferguson, said he was 'pleased to be part of the ceremony that honoured the life of Walter Kerr'.  Mr Ferguson said: We are delighted that we are able as a council, to have this plaque made available to remember Walter Kerr.  We are happy to re-dedicate this to him and host the proceedings".  Mrs Rosemary Kerr, Mr. Kerr's widow, was unable to attend the ceremony, but is expected to visit the town later this year.

Walter Kerr, 34-year-old, married with 2 children, a bank official and a part time member of the UDR holding the rank of Lieutenant was killed by an IRA booby trap bomb that exploded under his car.  As Lt. Kerr was leaving his home at Coolshinney Road, Magherafelt on 27 October, the bomb exploded.  A few minutes later, his children and a neighbour's child would have been in the car on their way to school.  Lt. Kerr died in hospital on 2nd November from the injuries he received.  He was transferred to the Royal Victoria Hospital where doctors fought to save his life.  He suffered severe injuries and both legs had to be amputated.  Twelve soldiers from the Royal Tank Regiment almost immediately donated blood to help the lieutenant while another 50 soldiers later were helicoptered to the Mid Ulster Hospital to donate more blood, many of them staying overnight at the hospital in case more blood was needed to be donated.  Lt. Kerr's wife was at his side when he died.