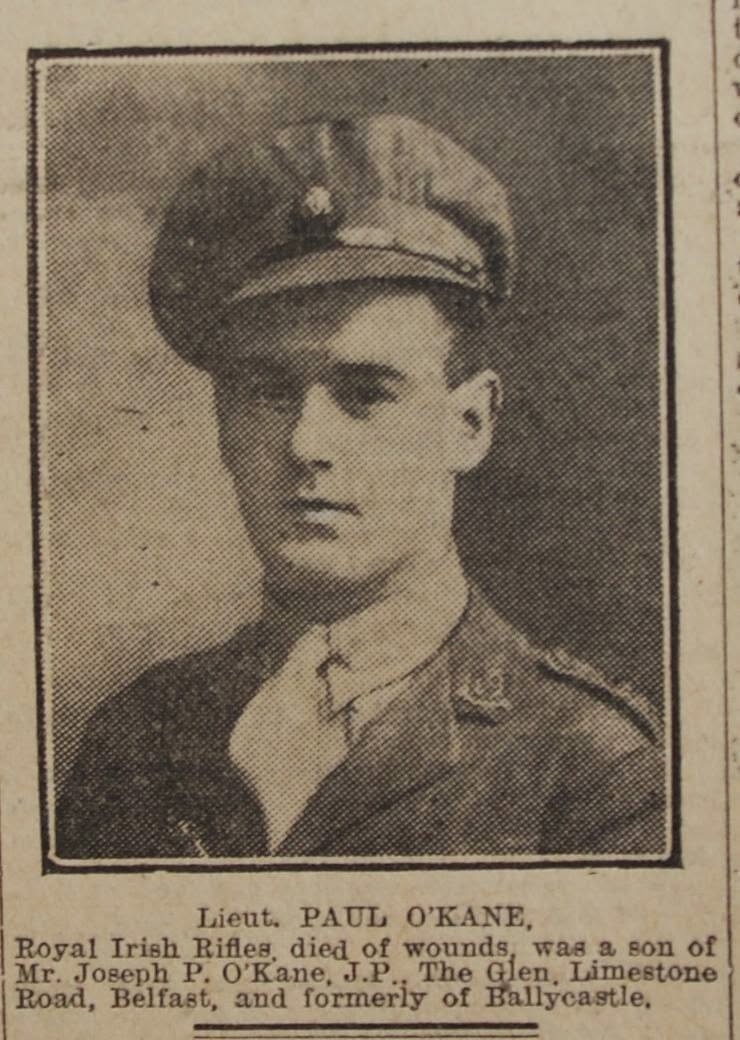 Lieutenant Paul O’Kane
was born in 1895.

He was the son of Joseph Patrick O'Kane J.P. and Kate O'Kane. 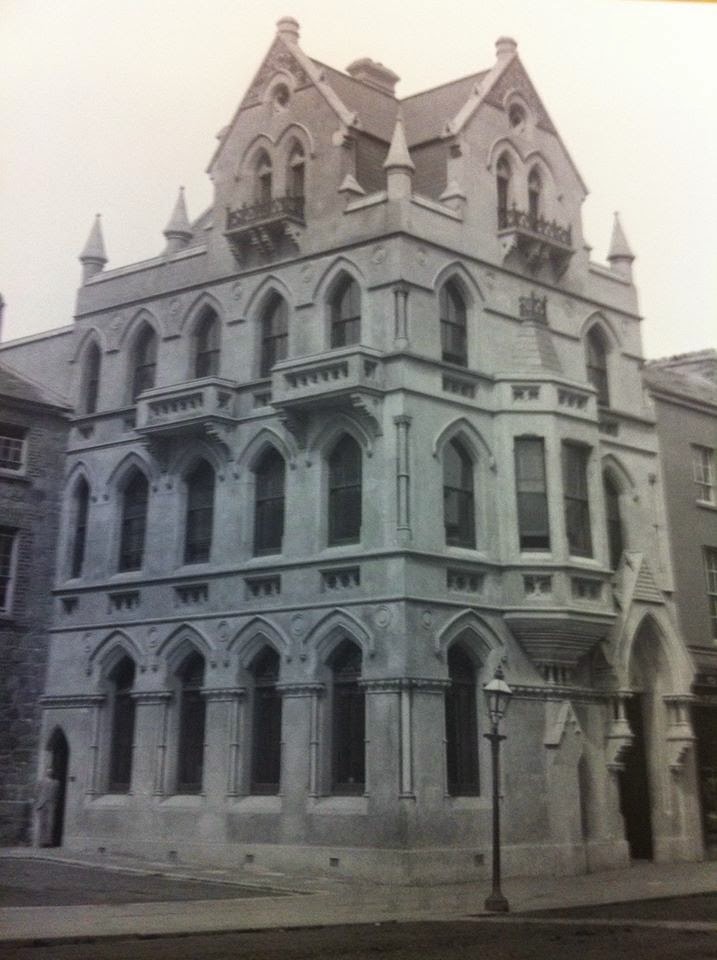 Following the start of the war, he volunteered and enlisted into the army.

The London Gazette dated 28th June 1916 records P O'Kane as being confirmed in his rank of 2nd Lieutenant. 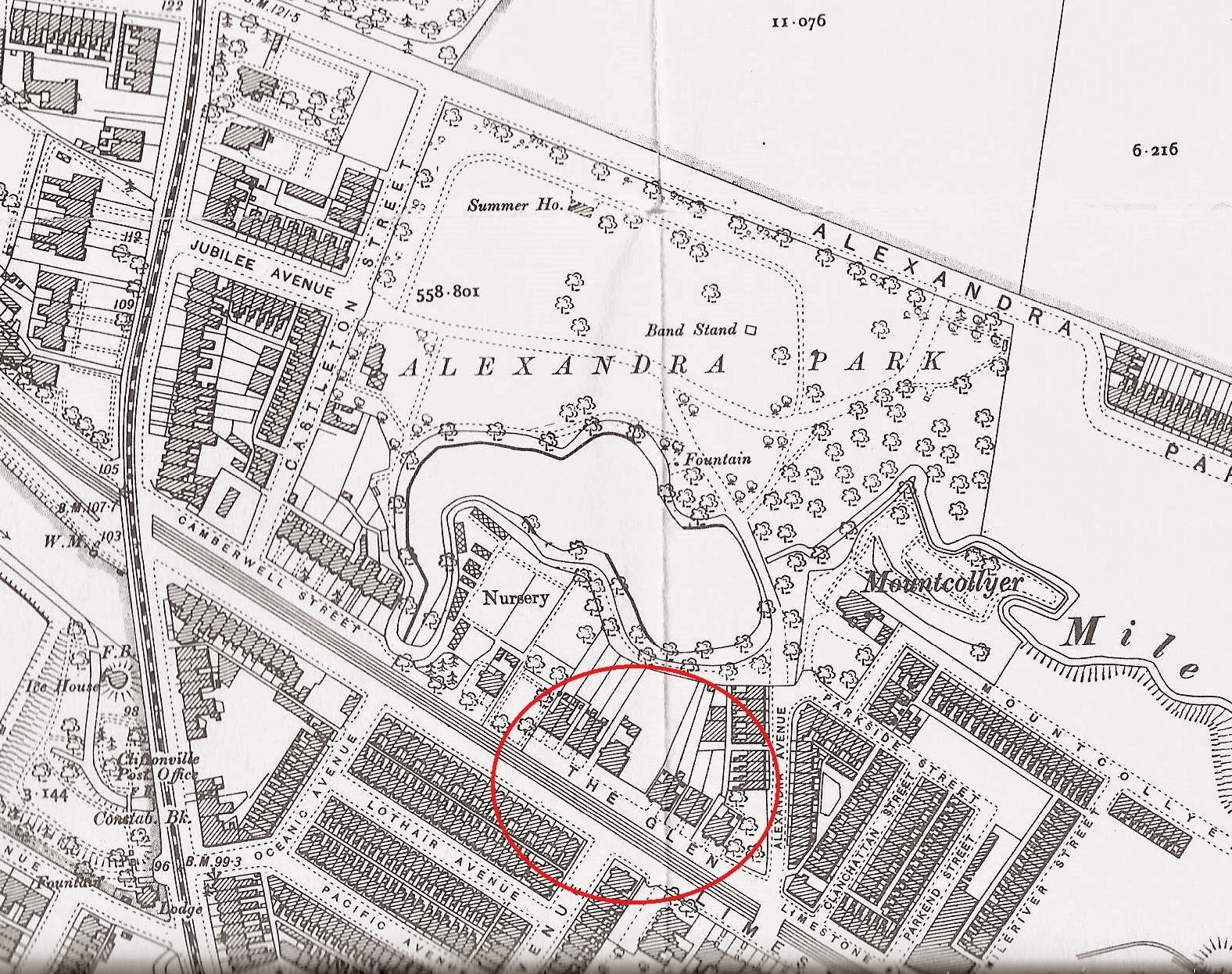 Thanks to Richard Graham for this map.

The London Gazette dated 18th May 1918 records P O'Kane as being promoted to Lieutenant as of 1st July 1916 with a note that he had 'since died of wounds'.

O’Kane is commemorated on the Pozieres Memorial, Somme, France.  Immediately below his name is an inscription of a famous Comber Victoria Cross holder – Edwin de Wind VC.

O'Kane is also remembered on the Ballycastle War Memorial.  He is also recorded on the find a grave website.

Courtesy of the (former) Facebook group War Graves Ulster Project, Nigel Henderson and Jacqueline Haugseng, I was sent a photo of the family grave in the Saints Patrick and Bridget Roman Catholic Cemetery in Ballycastle.  The gravestone bears an inscription to Lt. Paul O'Kane. 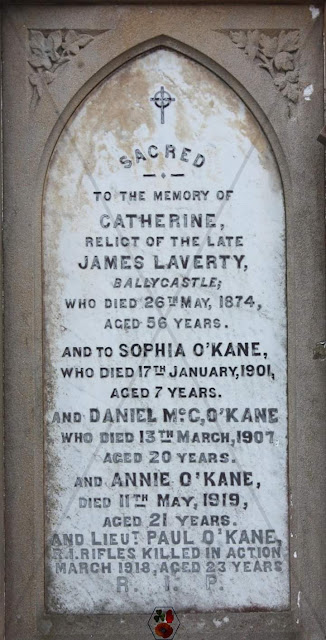