He was the son of Julia Alura Gaussen MacIlwaine of 69 Eglantine Avenue, Belfast.  Other family or friends are Robert Inkerman Calwell of Scottish Temperance Buildings, Belfast and Arthur Douglas MacIlwaine of 1 Wellington Place, Belfast.  Another address for him is 25 Bawnmore Road, Belfast. 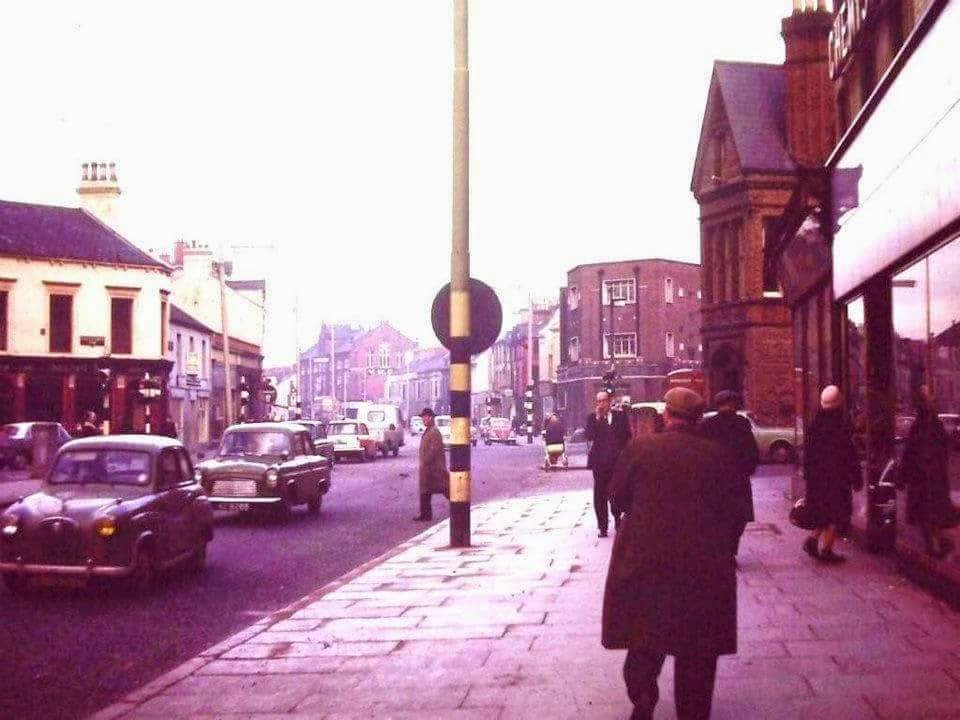 MacIlwaine served with the Royal Engineers and attained the rank of Sergeant. He served as a despatch rider.

The Belfast Banking Company 'Roll of Honour' booklet records MacIlwaine as having been 'previously wounded' with his last known address as 'Houghton'.  He is recorded as being from Rathmines branch.

Following his demobilisation after the Great War, MacIlwaine returned to work eventually ending up in the Accountants Department.

The Belfast News Letter of 3rd May 1915 below records detail of the family of 4 brothers serving in the army: 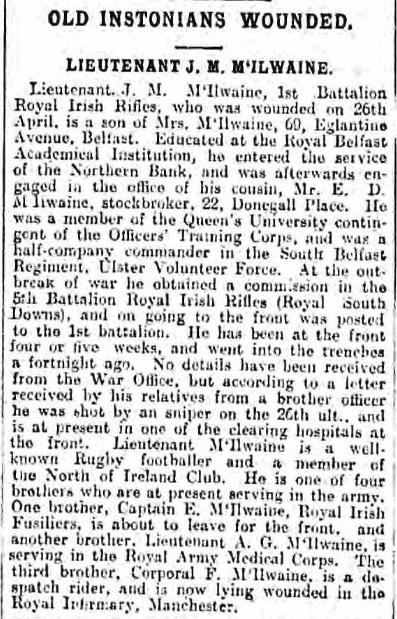