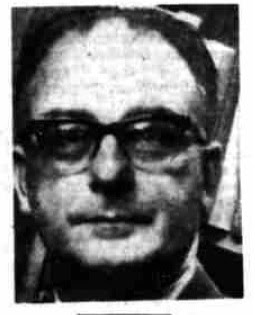 H Albert Wilson
Albert was educated at Cookstown High School.  He joined the Belfast Banking Company in 1940 at Enniskillen branch. 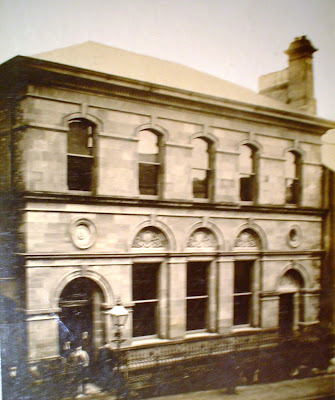 
In 1942 Albert volunteered for service and joined the Signals branch of the Royal Air Force.  He served in Coastal Command (West Africa) and South East Asia Command until 1947.

Following his return from active service, Albert resumed his banking career and served in branches at Armagh, Lisburn, Lurgan, Larne and Bradbury Place as Sub-Manager.  In 1967 he was promoted to manager at Shankill Road branch.  Albert returned to Bradbury Place as manager in 1971. 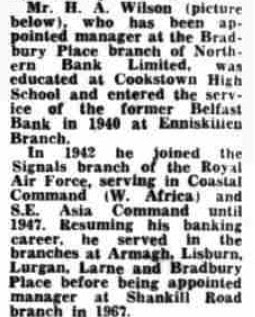 Albert was a member of the Belfast Banking Company Sports Club in March 1948 paying 1 shillings subscription.
An article with photograph was published in the staff magazine ‘The Link’ (Autumn 1982).