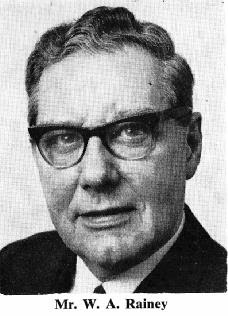 Squadron Leader William Alexander Rainey DFC
joined the Belfast Banking Company.
The London Gazette (1943) records a W A Rainey with Service Number 123607.  Rainey served in the RAF and attained the rank of Squadron Leader and as a Bomber Pilot he was awarded the Distinguished Flying Cross.  His citation reads:

"This officer has consistently displayed the utmost courage, fortitude and devotion to duty in many hazardous operations against enemy targets by day and night."
Following demobilisation he returned to Ballymena where his community service was recognised in 1960 when he was made a Justice of the Peace (JP) for County Antrim.  He also holds the Gold Badge, the highest award of the RAF Association for outstanding service.

Rainey is recorded in the 1956 and 1966 annual accounts of the Belfast Banking Company as being manager of Ballymena branch.

In sport, Rainey has represented Ulster in tennis and hockey and he was a single handicap golfer at Royal Portrush Golf Club.

He holds the Diploma of the Institute of Bankers in Ireland.
The Staff Magazine ‘The Link of Summer 1970 and Summer 1974 contain photographs of Rainey. 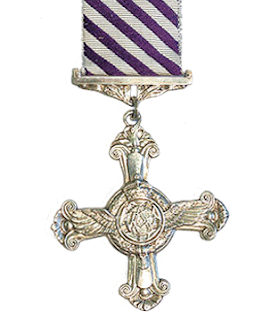