Sergeant Hugh Gray Bass
was born on 22nd July 1914 of 18 Cedar Avenue, Antrim Road, Belfast. He was of Society of Friends faith.
Bass joined Northern Bank on 1st March 1935 at Head Office.  Transfers followed to Lisburn (1935), Portadown (1941) and Randalstown (1941).
Bass was ‘Called up for Active Service’ on 28th October 1943 when he joined the RAF as an AC2 before being promoted to LAC and then Sergeant.
He married a Miss J I Hanna of Lisburn on 8th September 1944.
Following demobilisation, Bass resumed duty from Active Service on 30th December 1946.
In 1947, Bass resigned from the Bank and entering his father-in-law’s business in Lisburn.
H G Bass became well known through his work in Lisburn Historical Society.  He wrote a book on ‘Boyd’s of Castle Buildings’ and ‘Alexander Boyd & Co’ – Records and Recollections of Alexander Boyd & Co. Ltd.


Hugh G Bass was later to be elected as a councillor to Lisburn Borough Council.  Whilst Mayor, he met the British Home Secretary and future Prime Minister, James Callaghan on 26th March 1971. 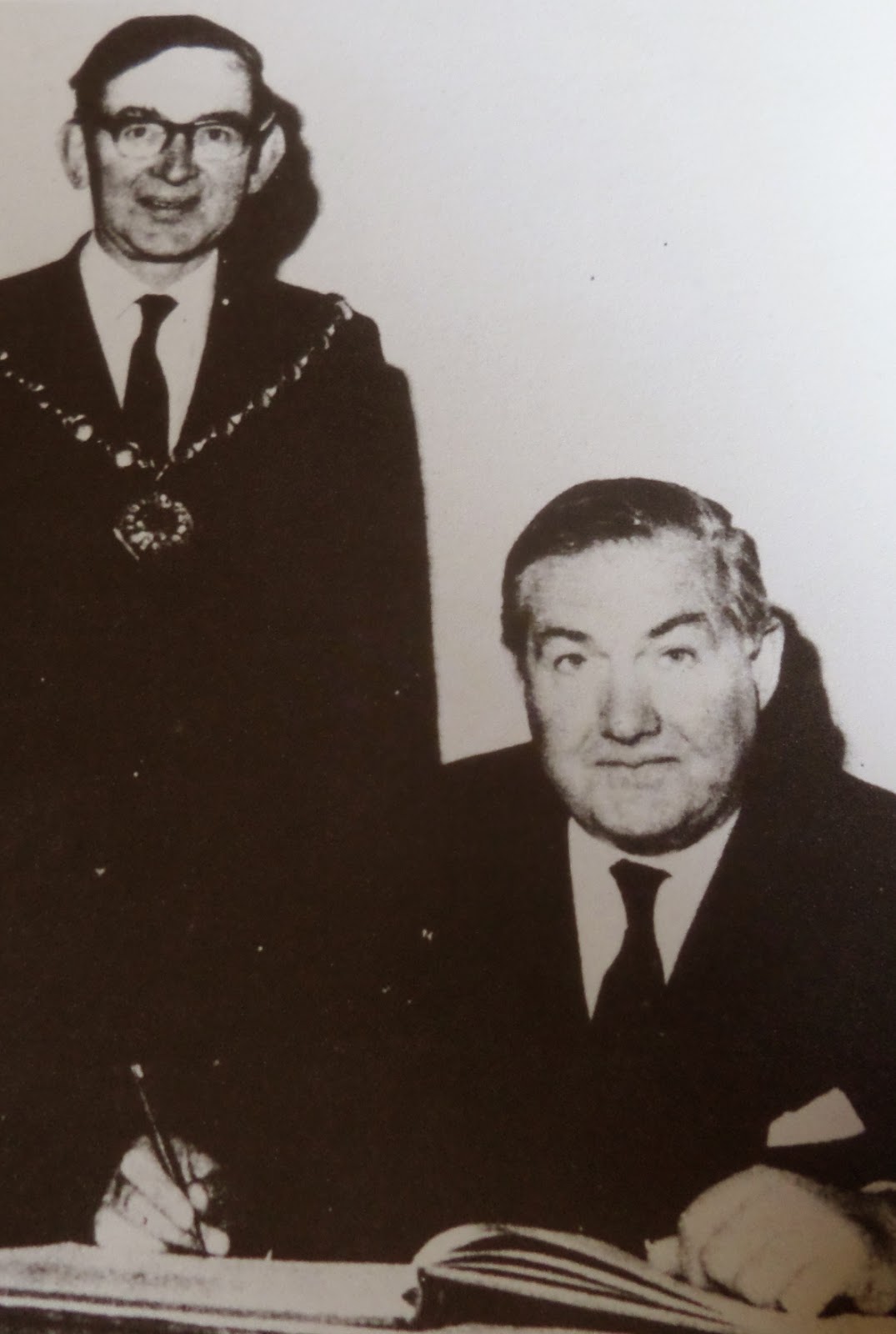 He was later made a Freeman of the Borough of Lisburn.  This image is of him (middle) showing his scroll to other councillors on 26th September 1973. 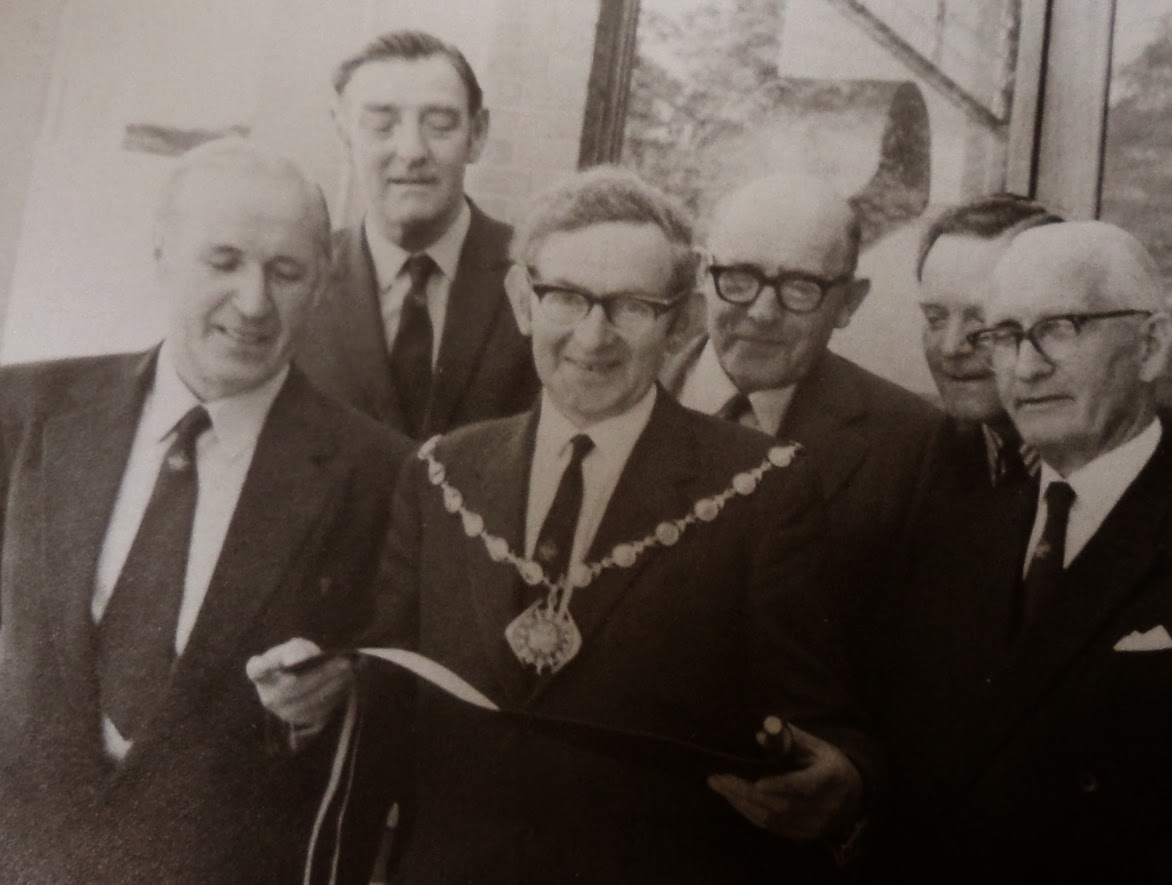