On 1st July 1931, Henry joined the Belfast Banking Company and was based initially in Head Office, Waring Street, Belfast before transferring to Bangor branch later that year.


Henry was awarded the Defence Medal, the War Medal, the 1939-45 Star and the France & Germany Star.

After demobilisation, Henry returned to work for the Belfast Banking Company on 17th August 1946.   A transfer to Bangor followed in 1947.

Gilbert Henry is remembered on the Hamilton Road Presbyterian Churn Roll of Honour and his name also appeared in a booklet from 1947. 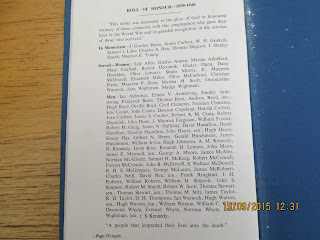