[Further family information would be required before this can be verified with the official birth registrations.] 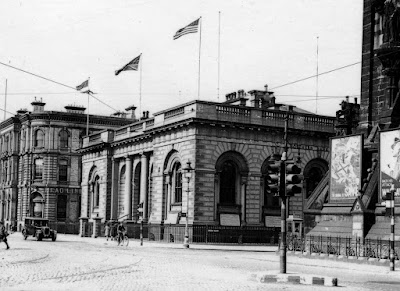 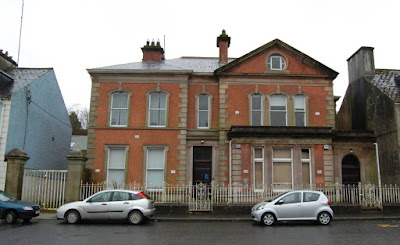 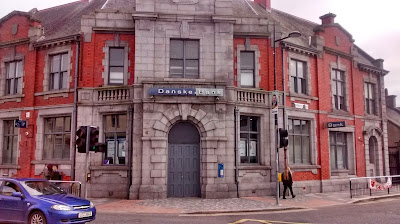 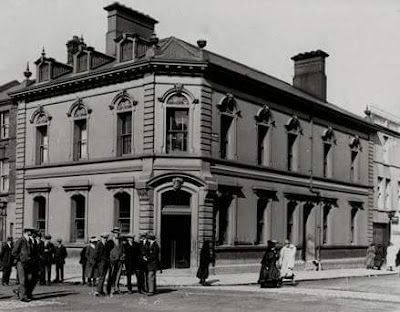 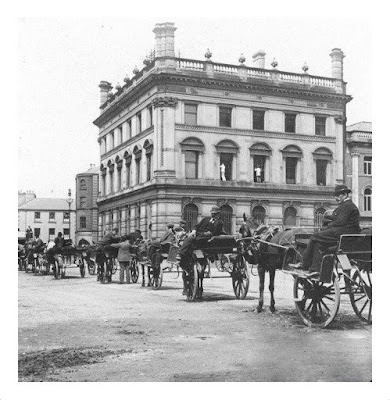 
By 1901 John was boarding in house 24, Abercorn Road, South ward, Londonderry.  His occupation is recorded as a 'Cashier in Bank'.

By 1911, John is boarding in house 5, Asylum Road, Londonderry Urban, Co. Londonderry.  He is recorded as a 'Sub Bank Manager'.  A possible colleague, Robert E Olden (24 - Bank Clerk) also boards in this house. 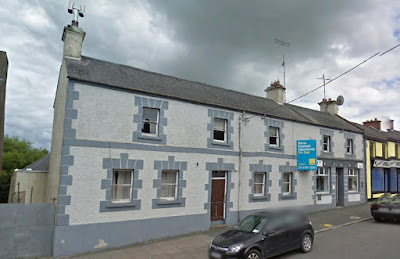 
During the war years 1914 to 1919 Thompson applied for enlistment but was rejected as being over age.  He would have been aged between 40 and 45 during those years.

John's staff record carries a remark dated December 1922:  "Of moderate ability - he does his best in your interest", Brown.

The Buildings of Ireland website describes the Shercock branch as:

A purpose-built former Northern Bank branch designed by Belfast architect Godfrey William Ferguson (1855-1939), architect of many of that institution's branches.  The long two-storey composition employs Classical motifs to impart a sense of solidity and permanence, but nevertheless maintains a scale and simplicity that allow it to integrate into the planned town of Shercock.  It is well detailed and of a balanced composition, retaining much of its historic fabric and character, and makes an interesting historic addition to the streetscape.