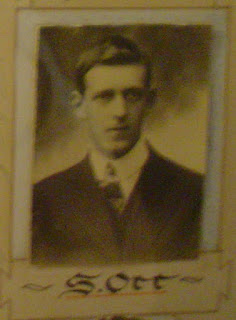 Cadet Samuel Orr
was born in Belfast on 6th June 1894 and was of Presbyterian faith.