He was the son of William Francis Collier and Marion F Collier.

In 1901 the family were living in house 11, Evelyan Gardens, Clifton Ward, Belfast.   By 1911 the family have moved to house 140, Hamilton Road, Bangor, Co. Down.   He was not present in the house on census day, but was recorded as being at school as a pupil in house 1.2, Blackhall Place, West Side, Aaron Quay, Dublin.  He was then known as Reginald.

Collier joined the Belfast Banking Company from where he enlisted.   He was serving in Markets (Cromac Street, Belfast) branch at the time.

Collier was serving with the Royal Flying Corps (RFC) as a 2nd Lieutenant when he was accidentally killed in action (while flying – crashed) on 12th February 1918 aged 19.  His Service Record is transcribed with 'Killed as Result of Aero Accident'.  The accident occurred at RAF Yatesbury.

He is buried in Bangor Cemetery and commemorated in St. Comgall’s Parish Church, Bangor.   The memorial consists of a new organ that has been erected as a thanksgiving for victory and peace, and in proud and grateful memory of those members of the congregation who laid down their lives in the Great War.

Thanks to Nigel Henderson of Great War Belfast Newspapers (www.greatwarbelfastclippings.com) for this image.

The following information comes from the RAF Museum: 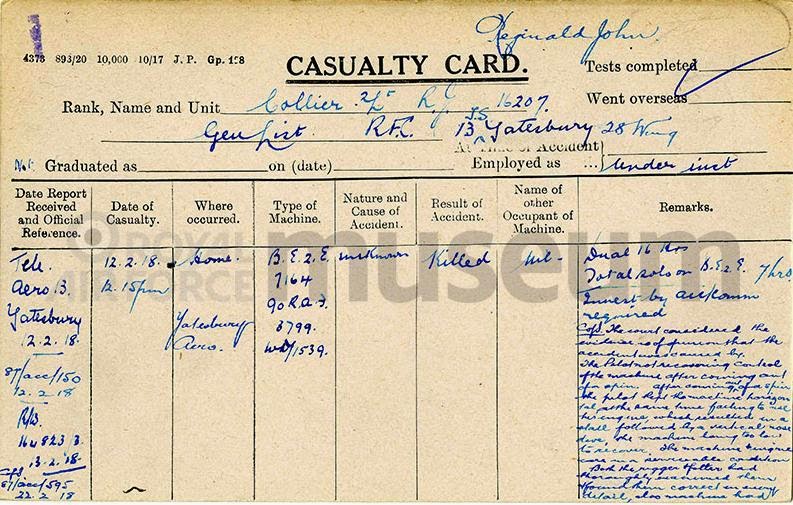 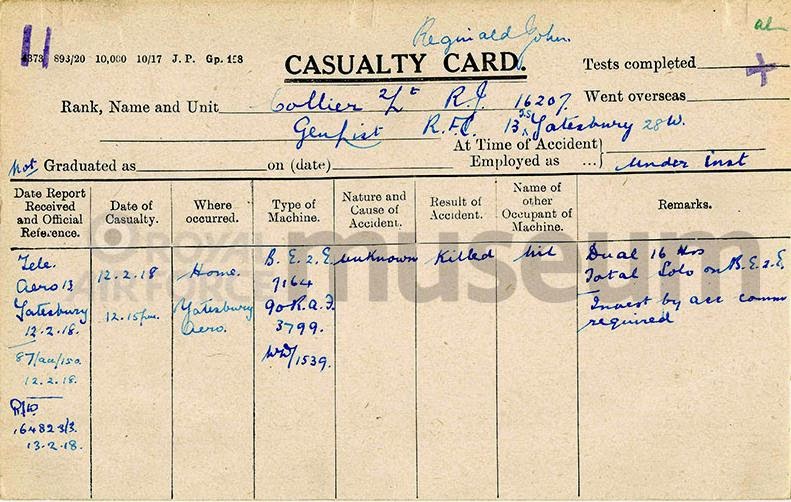 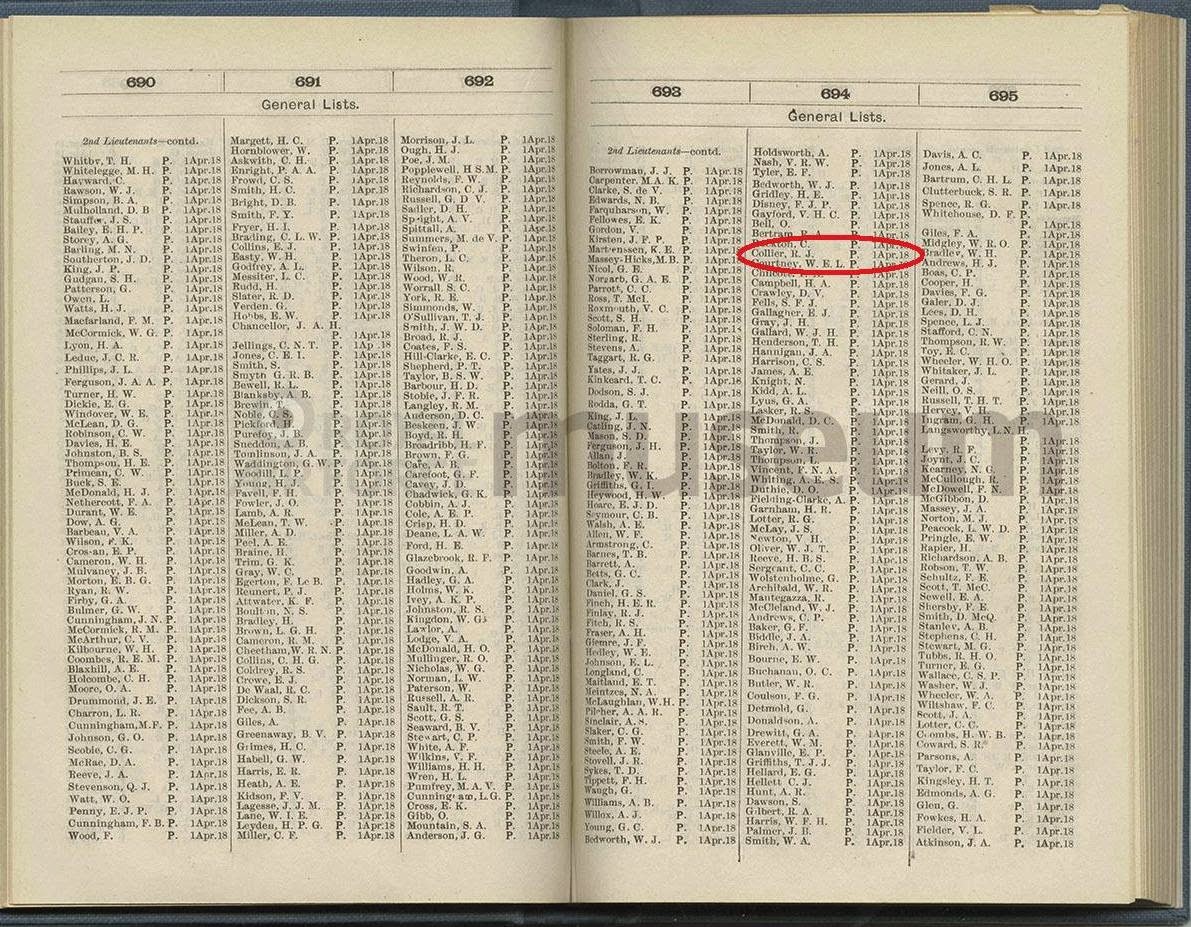 Email ThisBlogThis!Share to TwitterShare to FacebookShare to Pinterest
Labels: Belfast Bank, Featured on facebook, Killed in Action, Surnames A to F, The Great War