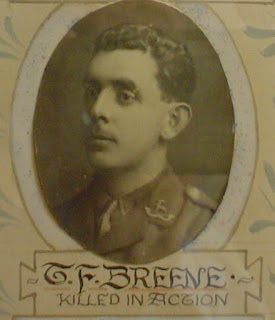 He was the son of Thomas John Breene and Mary Breene of 99 Fitzroy Avenue, Belfast.  The family were of Church of Ireland faith. 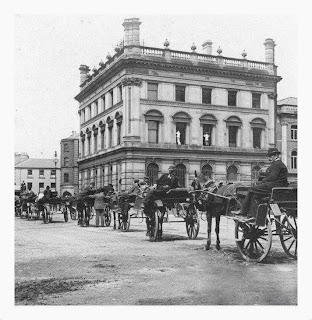 Breene was a member of Queens’ University Officer Training Corps (OTC) in 1915.  On 10th May 1915, Breene volunteered and enlisted into the 1st Bn. Royal Warwickshire Machine-Gun Corps as a 2nd Lieutenant.

This website records a diary entry that mentions the death of T F Breene.

"... At 9:10 am the 1st Royal Warwickshire Regiment, which had already experienced the front-line horrors of gas attacks in the last week of June, received orders to move up from its reserve position and towards the battle zone.  Just after 1:00pm, reports were received that British troops had been spotted in the German forward trenches, and a patrol belonging to the 1st RWR set off into No Man's Land under Lt R R Waters of 'A' Company.  Pinned down by machine-gun fire from Beaumont Hamel, the sortie was forced to withdraw having suffered a number of casualties, including the death of Lt T F Breene,  In the ranks, Gloucester born A/Cpl Albert Henry Boucher (No. 8609) had also fallen. ..."

Administration (with the Will) was granted at Belfast to Mary Breene, Married Woman.  Breene's effects were £31 16s 0d. 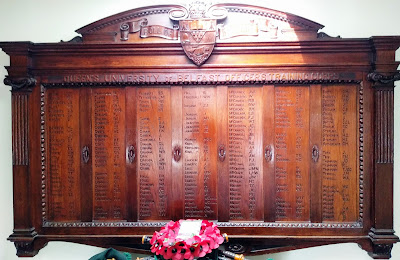 A former official of Northern Bank, Peter Breene (PTSB) has kindly let me use two photographs of brothers of T F Breene. 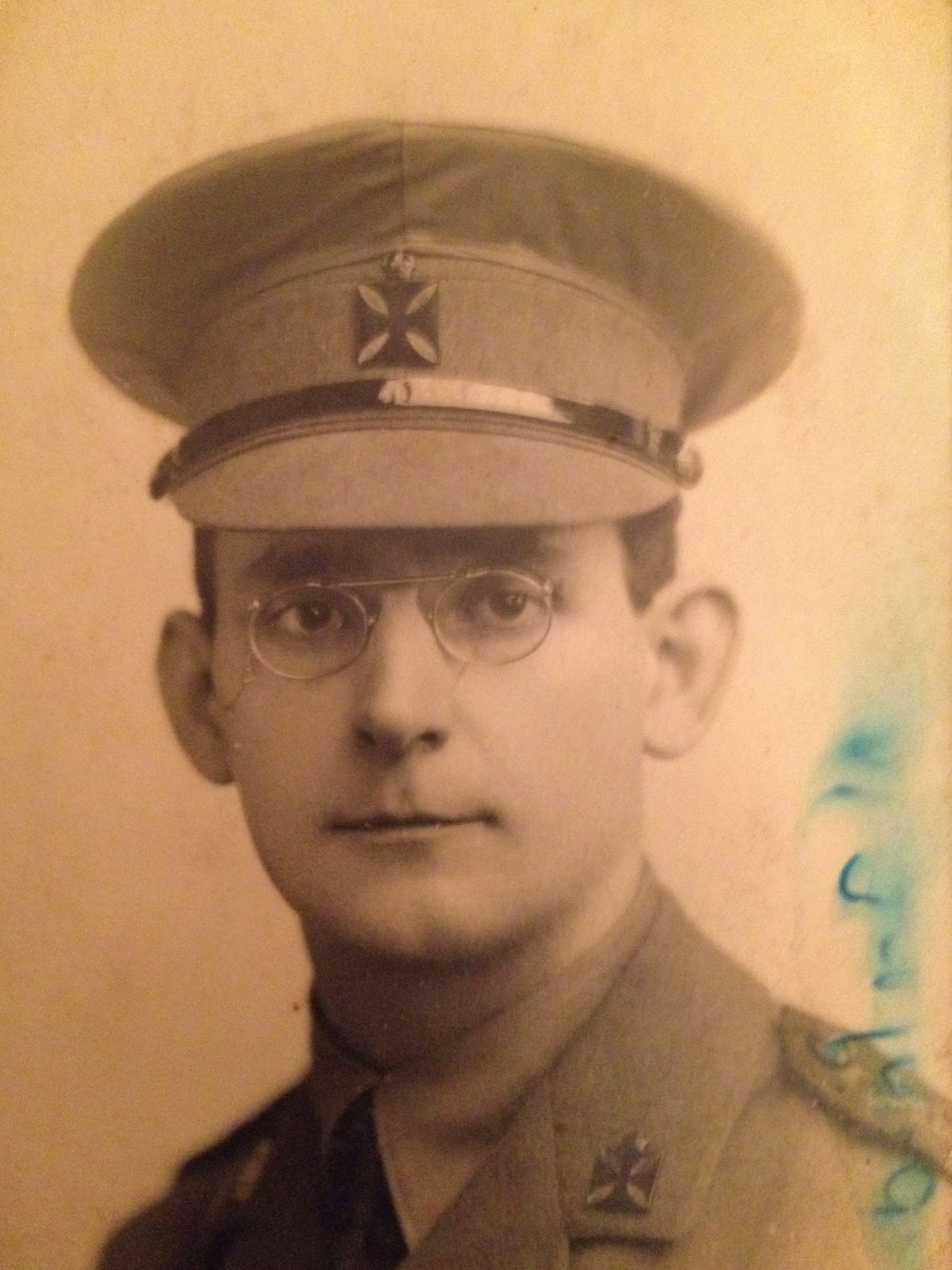 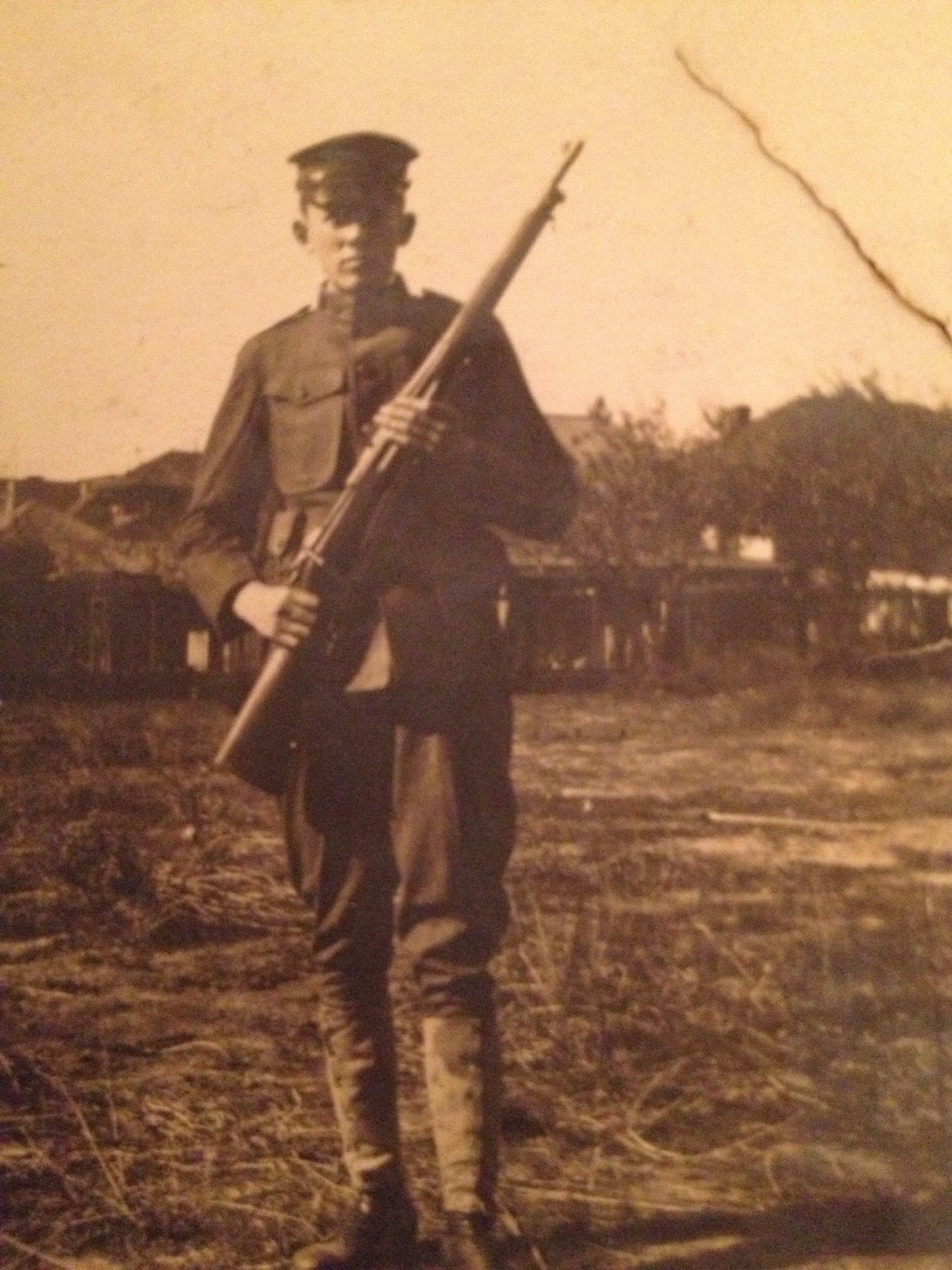 Hal was also a member of the Warwickshire Regiment.  He had been badly effected by gassing during the war and was never in good health afterwards.  He died aged 72 on board a ship to Madiera and was buried at sea.

Email ThisBlogThis!Share to TwitterShare to FacebookShare to Pinterest
Labels: Featured on facebook, Killed in Action, Northern Bank, Somme anniversary, Surnames A to F, The Great War