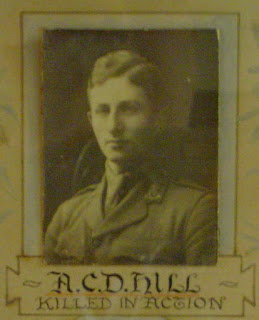 He was the son of Edwin Darley Hill and Deborah Hill of Ballynascreen, Greenisland, Co. Antrim.

On 11th October 1915, Hill joined Northern Bank at Falls branch.  His address is recorded as Deramore Drive, Belfast and he was of Church of Ireland faith.
On 2nd December 1915, Hill volunteered and enlisted into the 19th Bn. (Cadet Company), Royal Irish Rifles as a Private.  On promotion to 2nd Lieutenant he was posted to the 4th Bn. (SR) Royal Irish Rifles.

On joining the British Expeditionary Force, he was attached to the 7th Bn. Royal Irish Rifles. Hill fought in battles at Wytschaete, Messines (1917) and Ypres (1917) before going missing on 16th August 1917 aged 19. 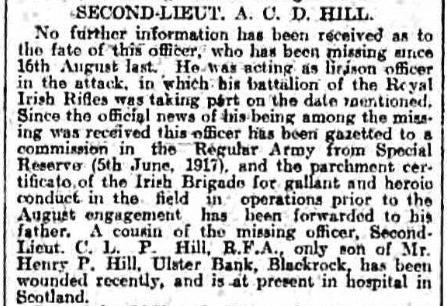 Hill was awarded the Parchment Certificate of the 16th (Irish) Division, the British Victory Medal and the British War Medal.  He is commemorated at the Tyne Cot Cemetery and also on the Memorial in St. Columba’s College Chapel, Whitechurch, Dublin.

A C D Hill is also commemorated in St Nicholas Parish Church, Carrickfergus.  The following newspaper cutting and photographs are of an 'oak lectern'  presented to the church by E D Hill and Mrs Hill. 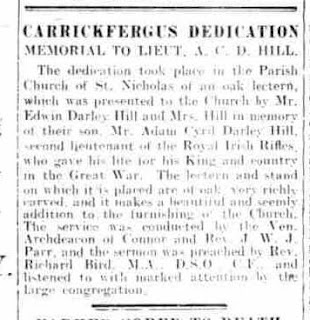 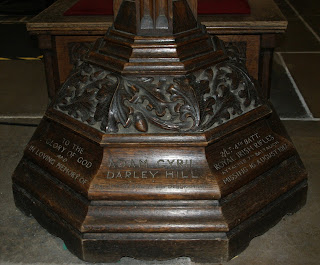 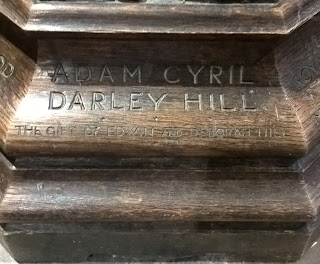 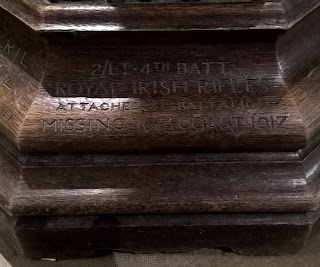 A C D Hill is also commemorated on the family grave. 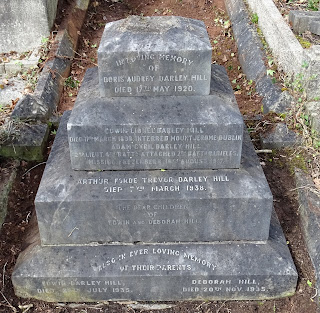