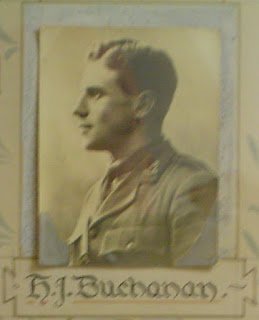 Lieutenant Hugh Johnston Buchanan
was born in Fintona on 17th May 1895.

He was the son of John Gerard Buchanan and Annie E Buchanan.

In 1901 the family are living in house 27, Main Street, Fintona.  John is described as a Bank Manager.  There were 3 other siblings; John G Buchanan (aged 2) and William Arthur Irvine Buchanan (aged 1) and Margaret J Buchanan (aged 0).

[William Arthur Irvine Buchanan served in the Army Veterinary Corps and was killed in action on 24th July 1917].

By 1911 the family property is described as house 23, Main Street, Fintona.  The family would have been living in the manager's house located upstairs in the picture below.  The house entrance would have been down the lane at the left hand side. 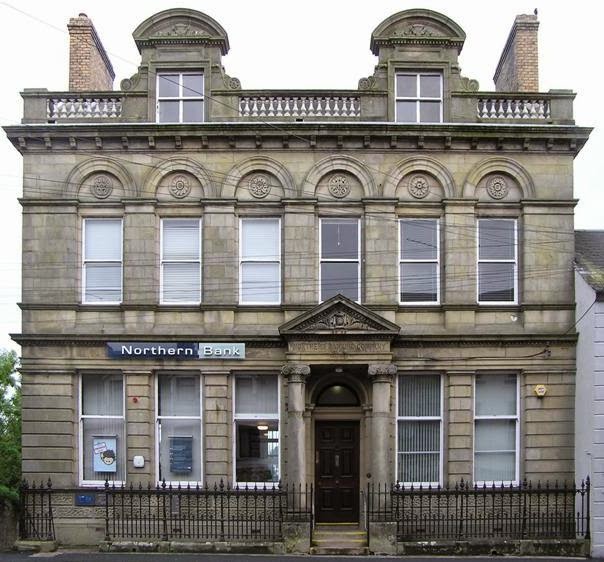 Buchanan saw action at Ypres 1917 and Cambrai 1917 before becoming a Prisoner of War in Germany. 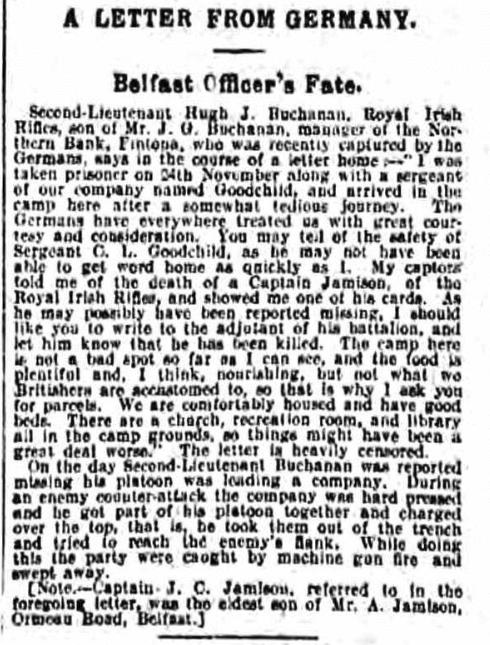 Email ThisBlogThis!Share to TwitterShare to FacebookShare to Pinterest
Labels: Band of Brothers, Northern Bank, Served, Surnames A to F, The Great War