He was the son of Sinclair Gunning and Kathleen Gunning.  In 1901, the family are living in house 1, Toneystick, Alexandra Terrace, Enniskillen.

Gunning would have joined the Belfast Banking Company around 1909.

By 1911, Cecil Gunning has moved to Belfast and is boarding in house 30, Eia Street, Clifton Ward (Belfast). He is described as a Bank Official Clerk and is one of four Bank Officials boarding there. The other three possible colleagues are Mather Murray (23), Nawer Bradshaw (25) and Thomas White (21). The parents and their 3 other boys and 1 daughter are living in 21 Willoughby Place, Enniskillen. 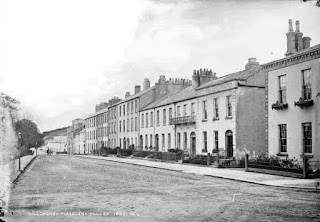 
On 28th September 1912, Gunning signed the Ulster Covenant at Enniskillen.

Gunning served as a Private with the 7th Royal Dublin Fusiliers.

Following his demobilisation after the Great War, Gunning returned to work.

In 1938 he was Manager in Tandragee branch before ending up as Manager of Portadown branch.

The Gunning family were well known in Enniskillen. Their father was the Distributor of Stamps in Enniskillen from 1877 to 1910.  He died in 1916.

An early family photograph of the parents with their young family is held by the Enniskillen Castle Museum.
Gunning family in 1890's 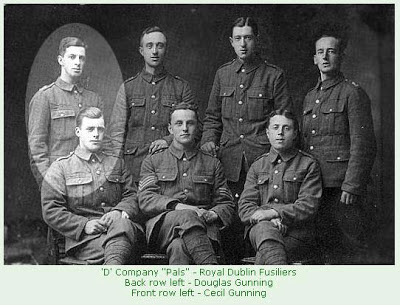 Photo - BBC 'Your Place and Mine'. 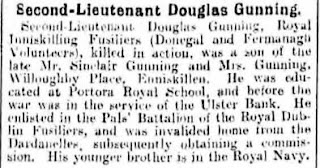 This next link is to a BBC website called 'Your Place and Mine'.  It reports on the Gunning family an dincludes some audio clips that may work (depending on what applications are on your computer). 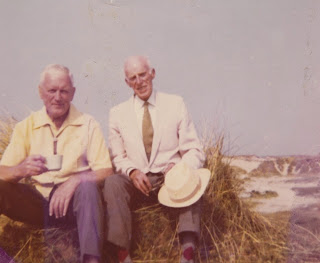 G C Gunning (left) and B H Gunning (via Ancestry.com)