He was the 2nd son of David Best and Rebecca Jane Best, of Londonderry.  The family were of Church of Ireland faith.  A later address was William Street, Raphoe.


Walter was educated at Foyle College, Londonderry and was a member of the 1st Eleven Rugby team.

On 22nd July 1940, Best was ‘Called up for Active Service’ into the North Irish Horse as a Trooper with Service Number 7904280.  Promotion followed to Lance Corporal, Corporal and Sergeant.

The Belfast News Letter reported on 24th July 1943 that he was ‘Mentioned in Despatches’.

He was serving with "A" Sqn. North Irish Horse, Royal Armoured Corps as a Sergeant when he was Killed on Active Service on 23rd May 1944 aged 31 during the first day of the assault on the Hitler Line, Italy.

Best is buried in the Cassino War Cemetery, Italy. 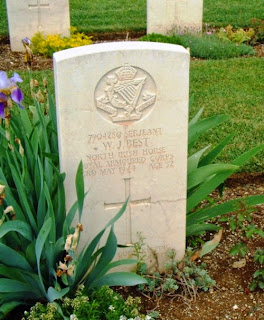 " ....On Thursday evening, 25th May, a burial service was held in the 2nd Canadian Infantry Brigade Cemetery where a plot had been reserved for the North Irish Horse.  The cemetery lies about four and a half miles to the south of Pontecorvo and is enclosed on three sides by oak trees, the open side looking across the Liri Valley towards the historic Monastery Hill and Mount Cairo.  It was fitting that the men of the North Irish Horse should be buried near their Canadian comrades in arms, who fought and fell with them in the Adolf Hitler Line.  The 23rd of May took heavy toll of the regiment. Thirty-two of our friends were buried in that plot of land.  A simple and moving Service of Consecration was held at the cemetery and the site has left associations deeply imprinted upon the minds of the Canadian and British Troops concerned. ...."

The thirty-two men were later reburied in the Cassino War Cemetery, Italy. 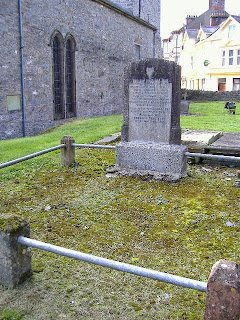 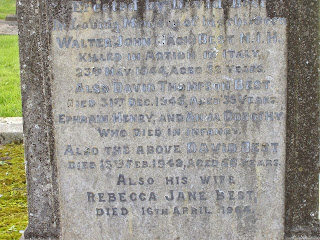