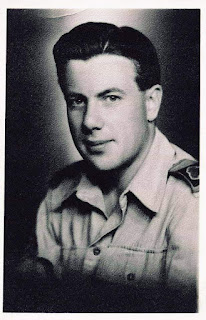 
was born on 26th September 1921 and was the son of Hubert McManus of Head Office; 21 Hughenden Avenue, Belfast
McManus joined the Belfast Banking Company on 17th April 1939 at Larne branch.  In November 1939 he was transferred to Londonderry branch where he remained until joining the army in September 1940.

From that date, he served, mainly with the Royal Artillery, in England, North Africa, Sicily, Italy and finished up in Austria where he was demobilised in August 1946.
Following his return from Active Service on 4th November 1946, McManus was returned to the Foreign Department.

The Northern Bank staff magazine of Autumn 1974 published an article about him on his promotion to Altnagelvin branch. 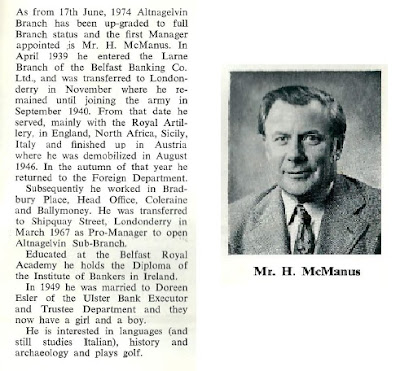