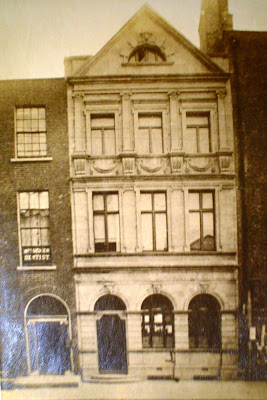 
On 7th September 1914 he enlisted in Dublin into the South Irish Horse.   Morris was commissioned on 9th February 1915 to the King’s Regiment.   He was serving with 16th Bn. attached to the 12th Bn. The King's (Liverpool Regiment) as a 2nd Lieutenant when he was killed in action on 17th June 1916.

The battalion were in the trenches in front of Potijze, east of Ypres.  Following a quiet day, they were heavily shelled at dusk, with the front and support trenches being bombarded about midnight.  Six men were killed, including Morris. 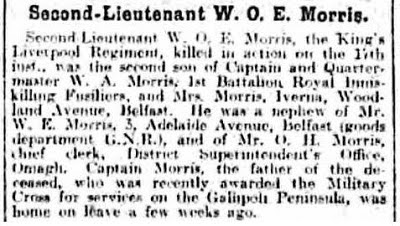 
The regimental magazine 'The Sprig' records Morris' death as follows: 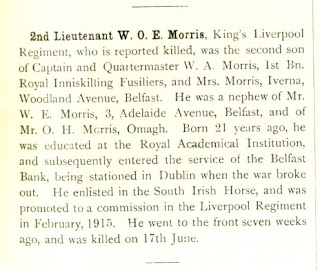 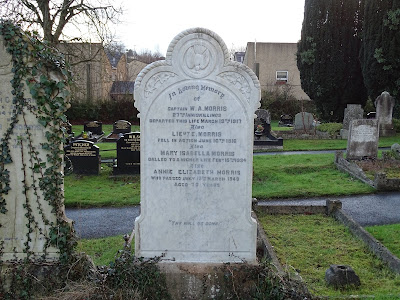