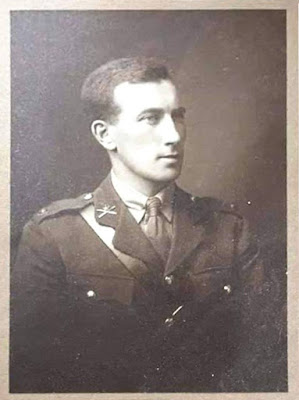 
was born on 27th May 1888 at Market Square, Dungannon to Samuel McManus (Draper) and Jane McManus nee Booth.

In 1911, a Herbert McManus is boarding in house 59, Willowbank Street, Clifton Ward, Belfast.  He was aged 23 and a Bank Official Accountant.
Based on his age, McManus may have joined the Belfast Banking Company around 1905. 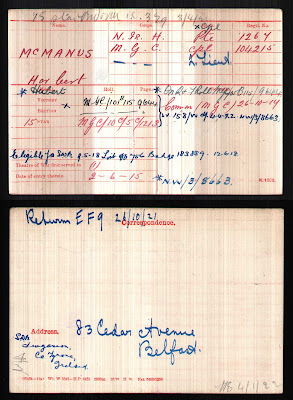 His first theatre of war is recorded as France and Flanders from 2nd June 1915.

He was commissioned as a 2nd Lieutenant on 26th October 1917.

An injury occurred making Hubert eligible for the Silver War Badge (SWB).  The Medal Index Card records the number incorrectly as 183889.  The SWB Roll records the badge number as 383889.  He was invalided out of the army in 1917. 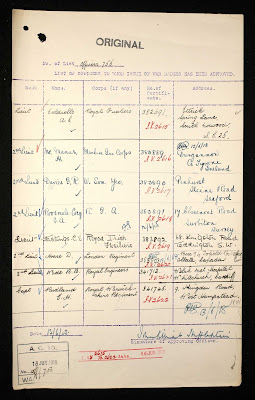 He was awarded the 1915 Star, the British War medal and the Victory Medal. 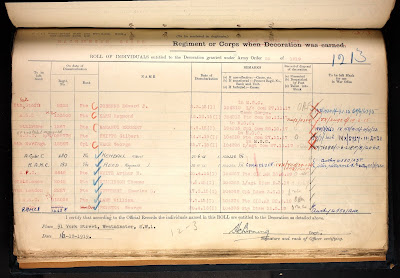 A descendant (via a cousin of Hubert's), Alastair McManus (Canada) has sent me this information:

" .... Hubert emigrated to Canada in 1911 (or 1912) with his younger brother Randal (killed in WW1), probably going to stay with their older brother Harold.  Hubert worked in the North Bay, Ontario, branch of the Imperial Bank of Canada, 210 miles north of Toronto.  However, on the outbreak of war, both he and Randal returned to Ireland in 1914.  Hubert enlisted in the North Irish Horse.  He was later commissioned and was invalided from service in 1917.  He returned to the Belfast Bank in 1918 and remained in Belfast for the rest of his life. ...." 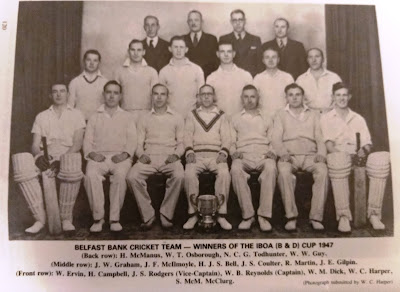 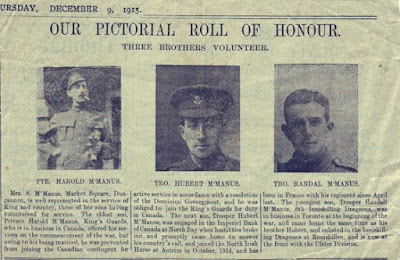