At 11 o'clock in the evening of 4th August 1914, Great Britain declared war on Germany.

For individuals and employers, no one was sure of what was coming.

Within the Northern Banking Company, one of its officials, William Pattenden (a caretaker) would be called up immediately as he was already a reservist.

Over the course of the war, nearly 200 officials from both the Belfast Banking Company and its rival bank, the Northern Banking Company would volunteer for service.  Some would be rejected for military service due to medical reasons. 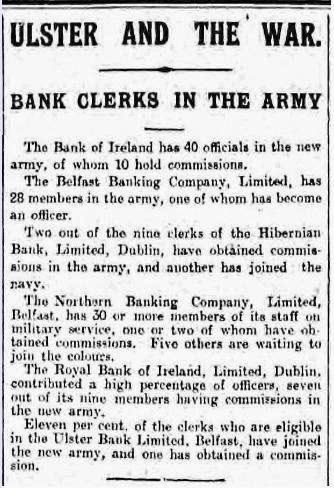 
Of those nearly 200 men, 33 were to be die on active service or be reported missing.

If we bring ourselves forward 100 years and think of our current workplaces, be it a branch, a Head Office department, a back office, a call centre or a service centre, there would be perhaps 1 or 2 thinking of volunteering for service.  One friend will maybe persuade another to join up.  An office junior may be impressed by an older colleague and join up.  Either way, young men are about to tell their manager or department head that they are going off to war. 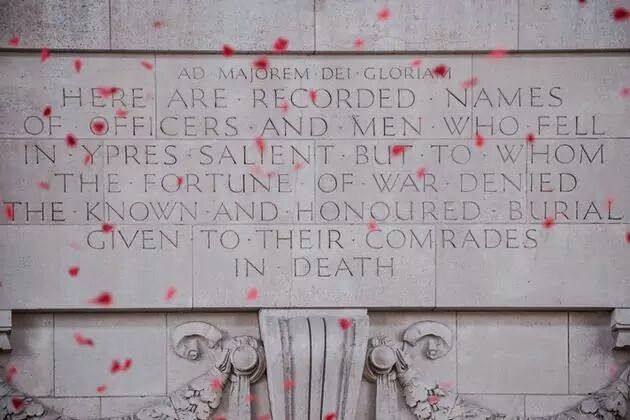 Whatever way you choose to remember the centenary of the Great War starting, just take a moment to think about the bank officials that served and remember those that didn't return.

We will remember them.