Dave Donatelli from Canada has been in touch and advised that he owns a photograph album given to him by Capt. Thomas (Tommy) Byers MC.

Further photographs from the Byers album have been sent in by Dave. 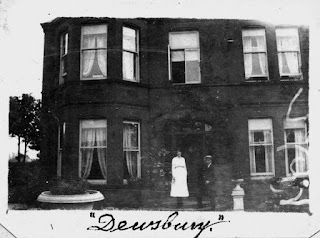 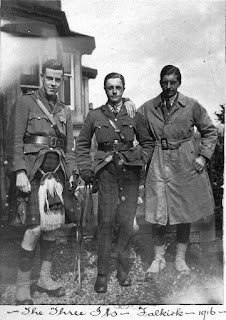 I have been extremely lucky to be given 6 photographs of Byers from the album.  Taken in 1916 / 1917 when Byers would have been 21 /  22 they show him in miltary uniform along with friends and family.

Dave describes the latter 3 photos as:

".... This photo is of Tommy and his buddies.  The person on the far right is Ally Shaw.  So far I can't find out who the person in the middle is.  The second photo is of Tommy and his two buddies names William Proudfoot he was in the Australian Imperial Forces.  They say that William Proudfoot died in France 7th June 1917.  He service number is 2662.  I don't know if there is a discrepancy on William or not because I have photos of him after his recorded death.  The third person is Tommy Edwards he is in many photos in the photo album.  I have not been able to find any information on him either.  The 3rd photo is of Tommy and his sisters and friends.  This may have been taken in the back yard of their house at Dewsbury on Earlswood Road Belfast. ...."

The final photograph below shows the 'album' and prints as displayed in an exhibition by Dave Donatelli.

This link takes you to the Byers biography. 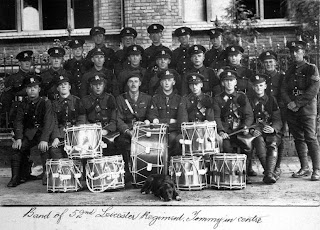 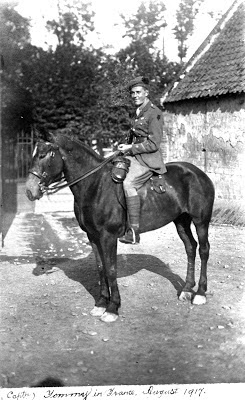 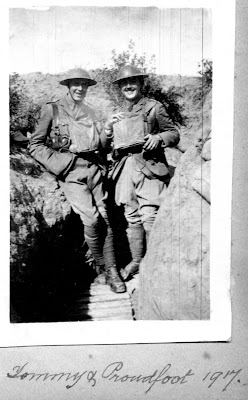 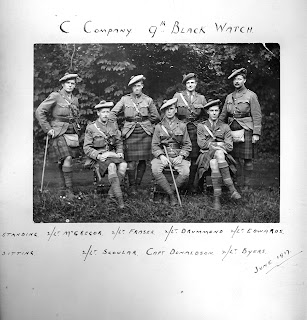 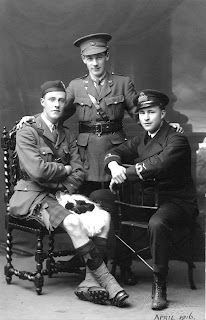 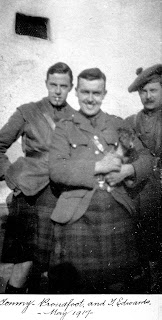 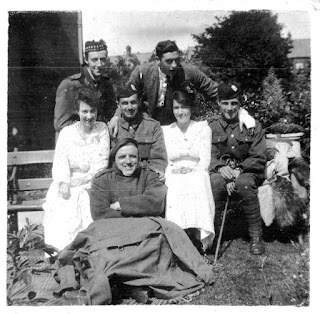 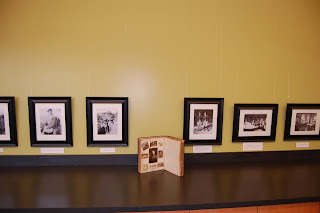 Thanks to Dave Donatelli, Canada for supplying the photographs.


Posted by Gavin Bamford No comments: