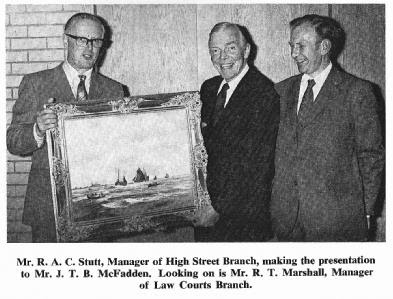 Stutt died on 15th August 2015 at Oakmount Lodge Care Home, Bangor.  He was predeased by his wife, Beatrice.  Following cremation at Roselawn Crematorium, a Service of Remembrance was held at Carnalea Methodist Church on 15th August 2015.