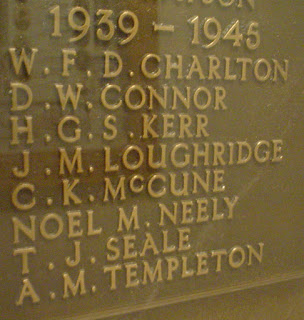 Charles Knox McCune was born in 1920.

His father may have been a Robert Eaton McCune of Cloughfern, Whiteabbey.  The 1901 Irish Census records a Robert E McCune (29) as residing in house 39, Shore Road, Duncairn Ward, Belfast.

Following his education he joined the Belfast Banking Company and worked in Portaferry branch.

McCune volunteered and enlisted into the Merchant Navy as a Third Radio Officer and was serving on the cargo vessel, SS Lalande (Liverpool). 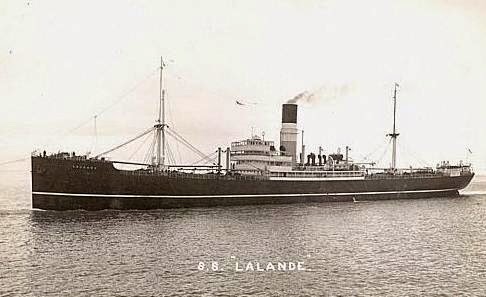 McCune was killed in action on 14th November 1942.

"The steamer was so badly damaged by enemy air attacks off the North African coast that she had to be withdrawn from service.  It is assumed the above officer died during such air attacks.  Six other members of the crew lost their lives."