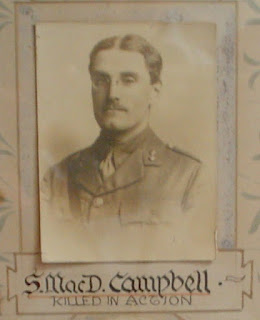 He was the son of Mr R M Campbell and Mrs Campbell of Dungiven, Co. Londonderry.  The family were of Church of Ireland faith.
On 26th March 1900 he joined Northern Bank at Head Office.  His address at that time is recorded as Dungiven.
In 1901 Campbell was boarding in house 59, Atlantic Avenue, Belfast.  He is described as a Bank Official.  Transfers followed his spell in Head Office with moves to Limavady (1903), Coleraine (1906), Larne (1910) and Head Office (1915).  By 1911, he was boarding in house 53, Main Street, Larne, Co. Antrim and describing himself as a Banker.

On ‘Ulster Day’, Saturday, 28th September 1912, Campbell signed the Ulster Covenant at Articlave Orange Hall.
On 10th May 1915, Campbell volunteered and enlisted into the 13th Bn. Lancashire Fusiliers as a 2nd Lieutenant.  He was later attached to the 86th Trench Mortar Battery.
Campbell was killed in action on 1st July 1916.   He is buried in the Beaumont-Hamel British Cemetery, Somme, France. 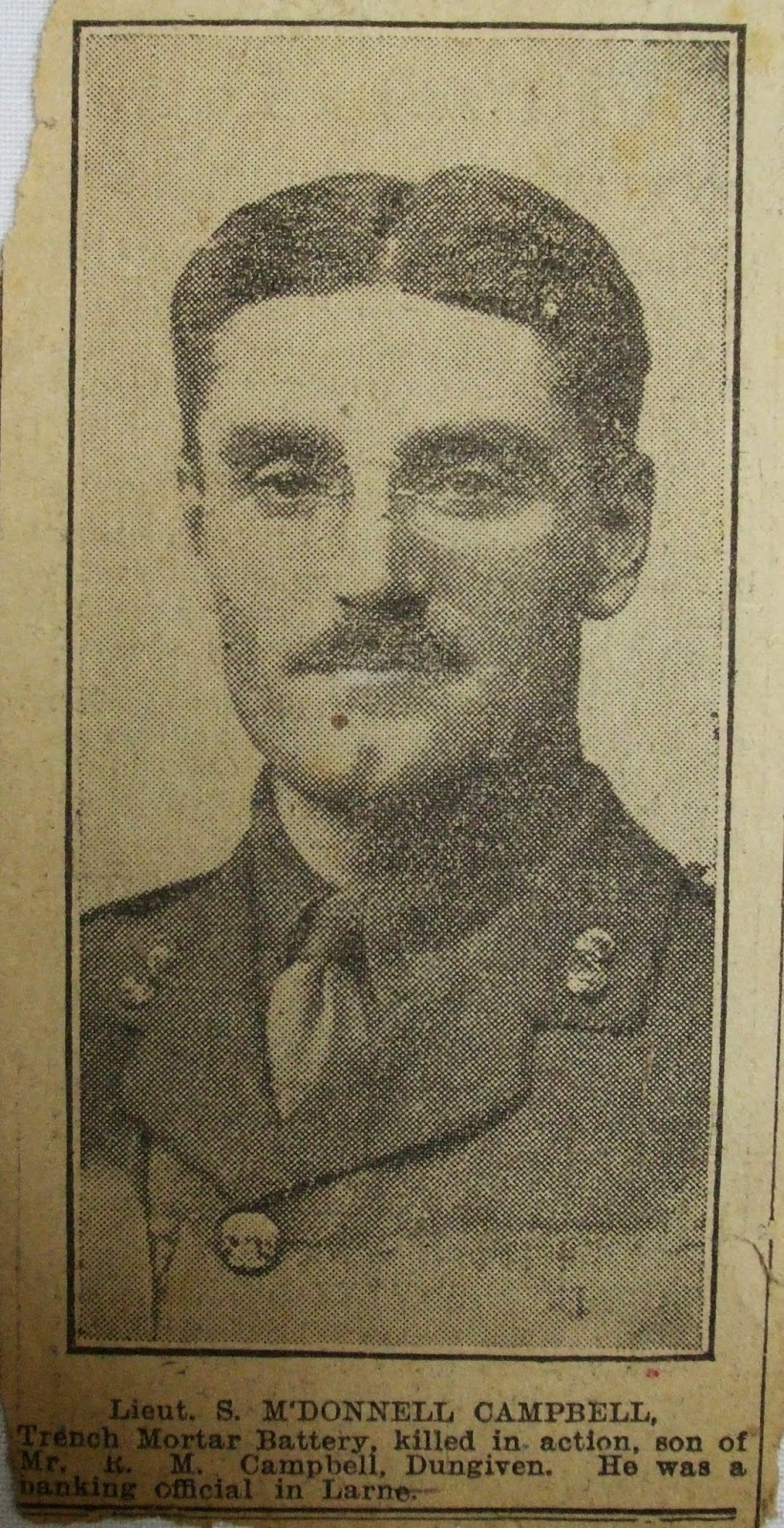 Email ThisBlogThis!Share to TwitterShare to FacebookShare to Pinterest
Labels: Featured on facebook, Killed in Action, Northern Bank, Somme anniversary, Surnames A to F, The Great War