was born on 18th April 1888 at 3 Downshire Park or Place, Belfast to James Grant, Clerk and Mary Grant nee Walsh.

James would have joined the Belfast Banking Company around 1906 serving in Drogheda and Lurgan.  His father, James signed the Bankers Indemnity and following his death, Andrew Walter (brother) signed as well. 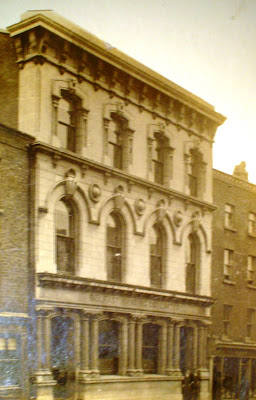 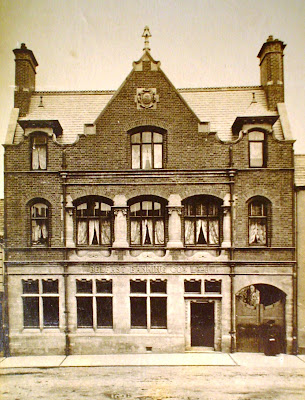 In 1911, James is boarding with the McWatters family in house 2 Drumarg or Downs, Armagh Rural, Co. Armagh.  He is described as a Bank Official.  A possible colleague, Frederick Charles Robinson (Bank Official) is also boarding in this house.

In 1911 the family are still in Donegall Pass.  The parents, 3 daughters, the uncle and 1 servant are present.

James volunteered and enlisted into the 18th Battalion, Royal Fusiliers with Service Number PS/6051.  Promotion via Sergeant lead to him transferring as a 2nd Lieutenant to the 3rd Battalion, Royal Inniskilling Fusiliers. 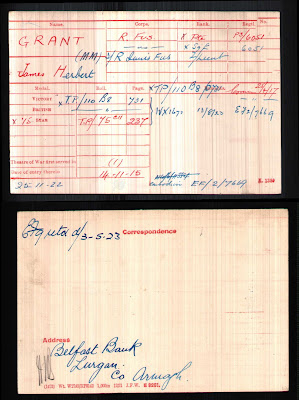 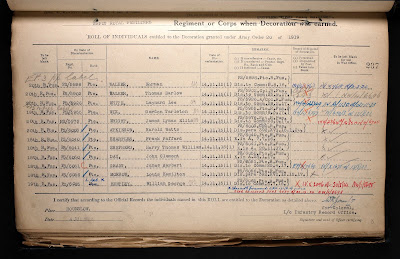 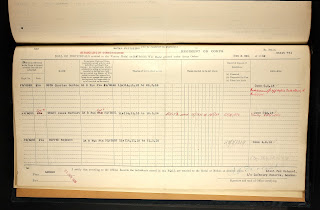 
In addition to the Military Medal, James was awarded and applied on 25th November 1922 for the 1915 Star, the Victory Medal and the British War Medal.


Following his demobilisation after the Great War, Grant returned to work.

Charles would have joined the Belfast Banking Company around 1900 and worked in Derry. 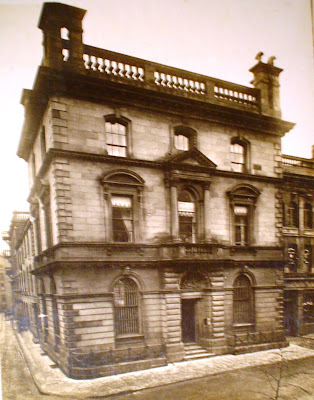 
His father, John signed the Bankers Indemnity giving his address as Dromore.  Later, Donald Bruce Hamilton and Francis Roycroft Hamilton would join in the indemnity.


In 1901 Charles was boarding with the Black family in house 45, Bridge Street, Ballymena, Co. Antrim.  He is described as a Bankers Clerk.

By 1911 Charles had moved to Strabane and was boarding with the Thompson family in house 1, Main Street, Strabane West, Co. Tyrone.  He is described as a Bank Clerk.  The home contained the father, 3 daughters, 3 boarders and 3 servants. 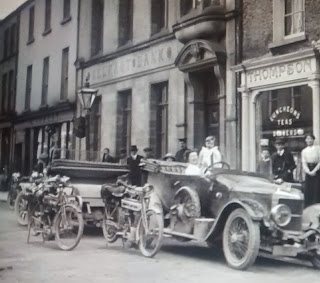 The BBCo records Charles as serving with the Dorset Yeomanry as a Trooper. 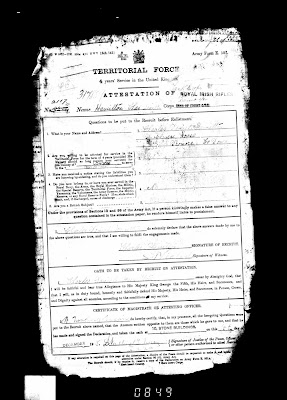 
Charles' brother Bruce served in 'C' Company, 13th Battalion, Royal Irish Rifles, Service Number 16568.  He was a Sergeant and was killed in action at France and Flanders on 16th August 1917.  He is commemorated on the Tyne Cot memorial.
Posted by Gavin Bamford No comments: