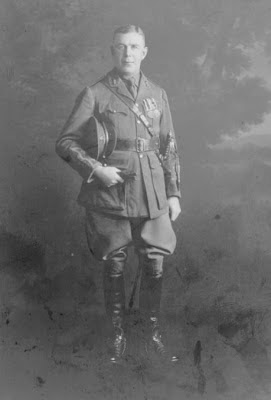 One of the family members of Lieutenant David Henry Revels has been in touch with me.  He had written about a year ago to the Ministry of Defence and made an application to them to see copies of Revels' army file.

This can be undertaken by any member of a family of someone who served.  See this link for details on how to apply:


Following payment of the required fee, currently £30 (subject to annual review), photcopies of various documents were sent to the family member.

In the case of Revels, these documents included:

“I wish, however, to be considered specially for artillery, and to have my name placed on the waiting list”.
Application for Admission to an Officer Cadet Unit – dated 25th July 1916

When completing the application form, Revels described the occupation of his father as a 'Gentleman Farmer'.

Various letters between Revels, the Bank and the War Office. Excepts from them follow below.
DHR appears to be offering his services to the army in Northern Ireland and although there is recruitment for a Fortress Unit and an Engineers Unit, DHR would like to see recruitment for a Horse & Field Unit of Artillery.   He seems to think that the ‘movement and training in different parts of the country ... would have a most stimulating effect on recruiting ...’

Revels stated that he preferred working with horses rather than duty with an infantry regiment.


The main Revels biography has been updated with these and more detail.  They can be accessed here.